have rated Campstar in Estonia

The nearest campervan hire in Estonia

Choose from the best rated campervan hire companies in Estonia

Are you looking for sightseeing? Discover interesting places in Estonia:

Weather and climate in Estonia

Check the weather forecast for the next few days in Estonia

Read the answers to frequently asked questions about Estonia

Campervans in Estonia usually cost 212.72$ per day
A credit card is required for the deposit in most cases. The deposit amount will be blocked on the credit card on site and unblocked when the campervan is properly returned.
Please use our filters on the search results page. With the filter you can filter out providers that allow you to bring pets.
Wild camping is generally prohibited in Estonia. There are a lot of possibilities to park your camper overnight in Estonia - either on a campsite or on a parking lot for campervans.
This depends on the rental company. Most rental companies allow use from the age of 18. Please check the rental conditions of the rental company on the details page.
This is allowed in principle, as long as the instructions for the safe fastening of the child are followed.
To rent a campervan in Estonia, it’s enough to have your national driver’s licence that has been issued in the EU.

Important information and facts about Estonia

Holidays in the Baltic States: Estonia in a campervan

Forests, meadows, moors and sea: Scandinavia is often at the top of campers' bucket lists. Clear lakes, untouched nature and lots of freedom for travellers on four wheels make the region incredibly popular. Unfortunately, Scandinavia is also known for higher prices. Estonia is not inferior to the Nordic countries in terms of hospitality or nature, which is why the country is recommended for all campervan drivers on a budget. Estonia is one of the Baltic states and is ideally suited for a trip with a camper van.

Impressive cliffs tower up in front of the rough Baltic Sea, washed by icy cold water: the cliffs of Saaremaa Island are characteristic of Estonia's landscapes. Whether on one of the 2,000 islands, splashing around on one of themoto beaches on a total of 3,000km of coastline or strolling through the medieval old town of Tallinn. Estonia, which is one of the Baltic states, attracts visitors with a wealth of facets.

Fragrant pine, spruce and birch forests span the Laheema National Park, are home to peninsulas and bays reaching far into the sea, and eight impressive manor houses give it a civilised flair. Read more about living and travelling in a local camper van in our article.

Campervan hire in the Baltic States: The highlights for those exploring Estonia by campervan

Often used as a starting point for campervan trips through Estonia or the entire Baltic States, Tallinn is also worthwhile as a short stopover. The cultural centre of Estonia welcomes travellers on the Baltic Sea, more precisely on the Gulf of Finland.

When renting a campervan in Estonia, you could pay a visit to the cobblestone-paved, medieval old town of Tallinn. It is framed by a magnificent city wall and is home to charming cafés and restaurants in the heart of Tallinn. Those interested in history can visit the Gothic Town Hall, which dominates the UNESCO-listed city centre with a tower over 60m high, marvel at ecclesiastical art in St. Nicholas Church and catch glimpses of the city from the 15th-century defence tower Kiek in de Kök, before continuing towards Estonia's countryside in a campervan.

If you rent a campervan locally, don't worry about the city trip: Tallinn boasts one of the best-preserved cities with a medieval old town in Northern Europe and can be easily explored by campervan.

With a total population of 1.3 million, Estonia is one of the most sparsely populated countries in Europe. So if you roll down the roads with your campervan outside the bustling cities, you'll find plenty of unspoilt spots.

Majestic beach villages, vast moors and the country's most beautiful old estates can be found in Lahemaa National Park. Stretching along the coast in northern Estonia, east of Tallinn, it is home to numerous wooden paths. Narrow board paths lead through the nature reserve, which was opened in 1971 and two-thirds of which is wooded area. The rest of it is water surface. Wildly growing grasses surround bogs, while towering stands of trees provide dense forest cover.

Families with children on holiday in Estonia with a campervan can, for example, visit the beaver pond in Oandu or take a trip to the fishing village of Altja. Pure nature awaits travellers in the deep green highland moor VIru. Wild boar, elk and ibex, and around 220 different bird species call the Laheema National Park home.

Rent a campervan in Estonia and explore Soomaa National Park

Nature lovers who rent a campervan, beware: Deer, wild boar, bears, lynx, wolves and moose cavort in Sooma National Park. Species-rich floodplains take you on an unforgettable journey through nature, showing you the way to untouched swamps and bogs. The activities on offer in the Sooma National Park include canoe tours on the local waters and guided high-moor walks, where you can experience the power of the bog first-hand - if you so wish.

Soomaa National Park, also known by locals as the "fifth-season park", beckons in southwestern Estonia, about 40km from the summer capital of Pärnu. A boat or canoe becomes a daily companion during the so-called fifth season, which travellers experience best in spring. Enormous floods, caused by heavy rainfall and snow pain, extend over a huge area in the Riesa flood plain, reaching up to 110 km².

Unbelievable masses of water cover roads, forests, farms and meadows, so a means of transport for the water becomes essential. Not far from these places are often camps, which are ideal for holidaymakers renting a campervan in Estonia. Water holes in the park's bogs can be up to 7m deep, so caution is advised.

Explore, for example, one of the four bogs Kuresoo, Valgeraba, Kkikepera and Öördi on your Estonia trip by campervan and observe beavers, especially on riverbanks. One or the other deer, lynx, bear or wolf can be seen in the forests.

Estonia's largest island is one of the Baltic Sea islands and has a rich flora and fauna thanks to its lime-rich soil. If you rent a campervan, you should visit the island of Saaremaa by ferry. Wild orchids grow along the nature trails in the Vidumäe Nature Reserve, while thousands of migratory birds await you in the Vilsandi National Park.

The menu of travellers renting a campervan includes a long walk on the vast sand dunes of Järve beach and a walk on the mighty cliff of Panga. The first meteorite crater in Europe, which has been scientifically proven, can also be found here. Cute little islands surround the island of Saaremaa and invite you to day trips, such as Vilsandi, Abruka and Viirelaid.

The spa town of Kuressaare, formerly also called Arensburg, is the island's capital and the only town far and wide. It boasts the longest spa tradition in Estonia. It boasts a spa density of one spa place per ten inhabitants - no wonder that the former Arensburg is the most popular place for relaxation seekers renting a camper. After a soothing massage, the old town of Kuressaare is already waiting.

Camping in Estonia: Facts and information about the trip with a campervan

If you are on holiday in Estonia and want to rent a campervan, you should first familiarise yourself with the local conditions. Vehicles weighing more than 3.5t are subject to tolls - campervans and cars are exempt. It is best to fill up during the week and away from toll roads and motorways, as this will save you around 10-20% compared to prices in Germany.

Although the official language in Estonia is Estonian, many people speak German as well as English. Furthermore, it is allowed to drive up to 50 km/h in cities and populated areas. It is important to remember to switch on the lights at all times of the day and night. At intersections and railway crossings, overtaking is prohibited. In addition, the zero alcohol limit applies throughout the country.

When on holiday in Estonia, you can expect a cool, temperate climate with maritime influences. You can look forward to moderately warm summers with temperatures reaching 30 degrees Celsius on some days. On average, the temperature in the warm season is around 16.5 degrees Celsius, so jumpers and jackets are recommended.

If you rent a campervan in Estonia, be prepared for cold winters with little daylight. So if you rent a campervan, the peak time for you to travel is between the months of June and August. Especially in June, guests experience the so-called white nights, when there are up to 19 hours of daylight.

Get inspired to experience a great adventure in Estonia 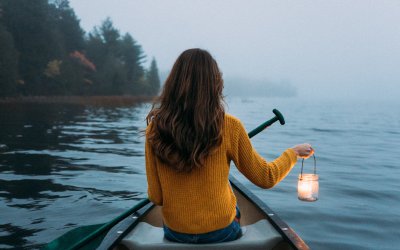