The nearest campervan hire in Spain

Choose from the best rated campervan hire companies in Spain

Are you looking for sightseeing? Discover interesting places in Spain: 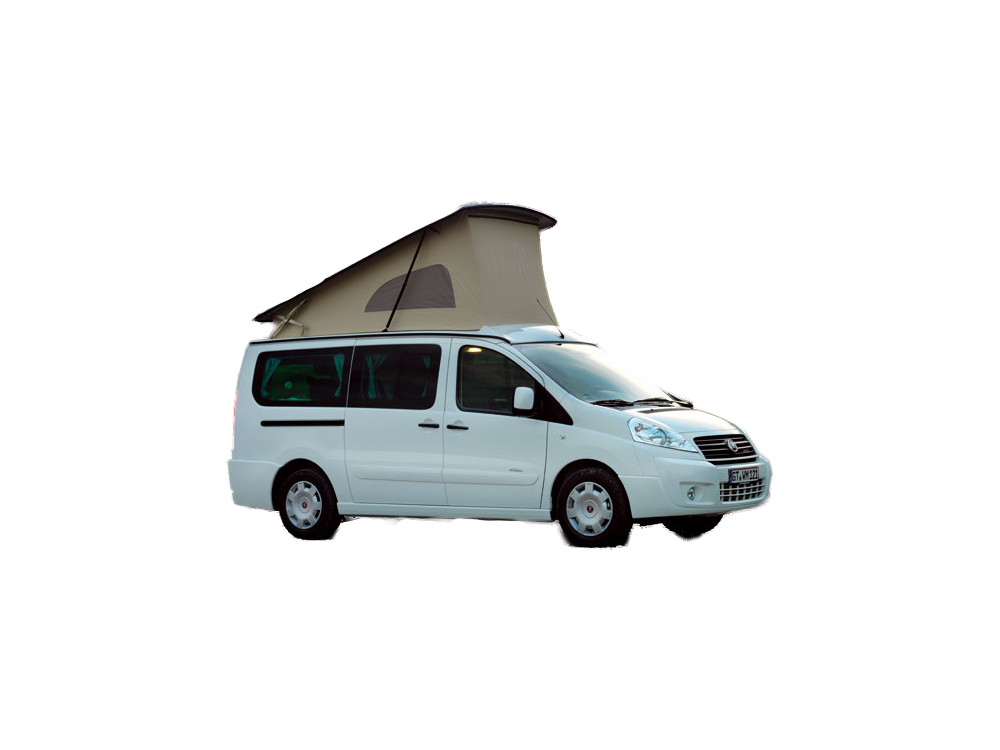 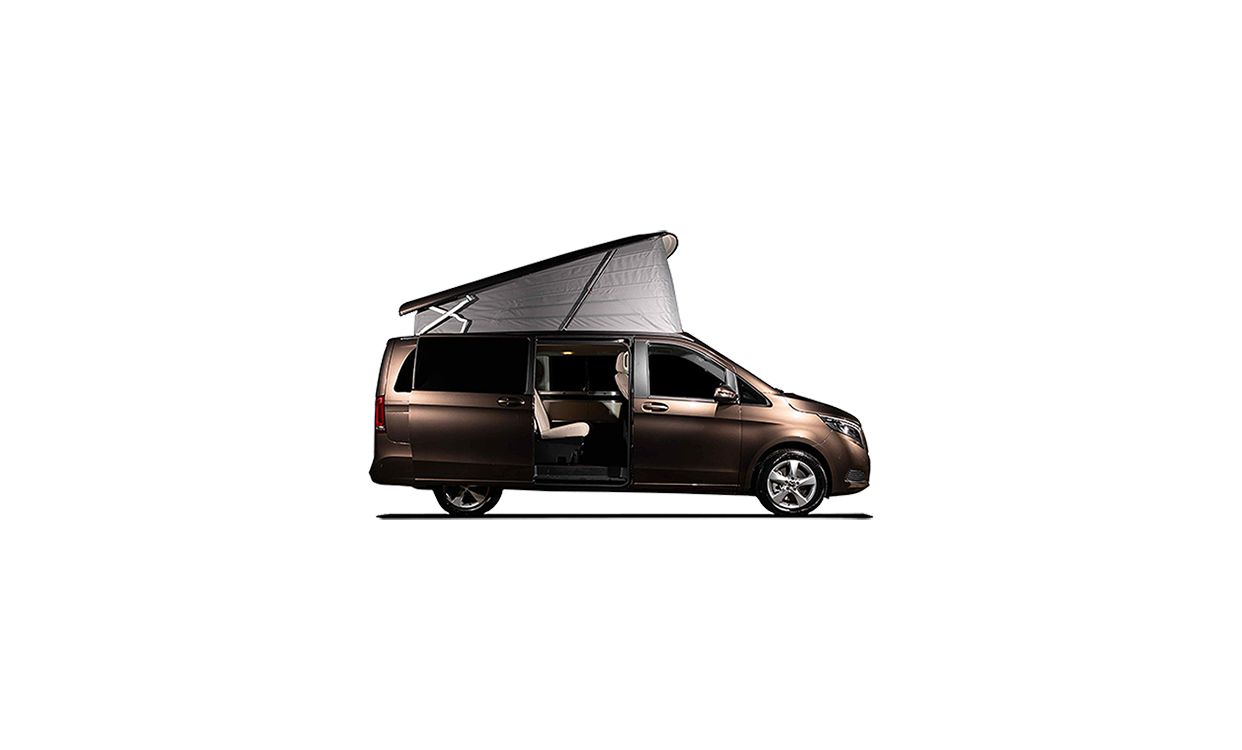 Weather and climate in Spain

The rainiest month of the year is October. On the other hand, the smallest rainfall can be expected in March.

Check the weather forecast for the next few days in Spain

Read the answers to frequently asked questions about Spain

Campervans in Spain usually cost 253.46$ per day
A credit card is required for the deposit in most cases. The deposit amount will be blocked on the credit card on site and unblocked when the campervan is properly returned.
Please use our filters on the search results page. With the filter you can filter out providers that allow you to bring pets.
Wild camping is generally prohibited in Spain. There are a lot of possibilities to park your camper overnight in Spain - either on a campsite or on a parking lot for campervans.
This depends on the rental company. Most rental companies allow use from the age of 18. Please check the rental conditions of the rental company on the details page.
This is allowed in principle, as long as the instructions for the safe fastening of the child are followed.
Yes, this is possible. You can also drive to most other European countries.
Yes, there are some toll roads in Spain.
The speed limits for campervans in Spain is 50km/h in urban areas, 80km/h outside urban areas, 90km/h on main roads, and 100km/h on highways (for campervans weighing below 3,5 Tonnes).
Generally, you will need to count a road trip of at least a 3 weeks overall if you want to cover most regions and major cities.

Important information and facts about Spain

Would you like to get to know Spain by campervan? Great idea! There are many beautiful places in Spain and it's also worth going as far south as Andalusia. It's not only the warmest there, but also the most beautiful countryside. The special thing about Spain is the variety of different landscapes and climate zones. Renting a campervan is an ingenious way to get to know Spain in a very individual way.

The city of Santander, whose historic old town and well-stocked market hall invite you to take a stroll through the city, is situated on a huge bay on the Atlantic coast overlooking the Cantabrian Sea. The fields and hills around Santander (mostly protected natural parks) are reminiscent of Tuscany with their gentleness and vastness. There are many beautiful beaches easily accessible by campervan, and the nearby lakes, such as the "Presa de Alsa" or the "Embalse del Ebro", are also ideal for nature lovers, birdwatchers and freshwater enthusiasts. Many small, secluded bays that are not so frequented make the heart of every individual camper in Spain beat faster.

Further inland from Spain lies the huge high plateau of Castilla-La Mancha, surrounded by mountain ranges. Brave drivers who dare to drive up even narrow serpentine roads with their campervan or caravan are rewarded with brilliant views. Particularly impressive: the "Castle Route" as well as the route in the footsteps of Don Quixote, which impresses with many picturesque windmills.

In the very south of Spain, in Andalusia, there is also a lot of untouched nature in the breathtakingly beautiful nature reserve Cabo de Gata: craggy cliffs and dark mountains of volcanic rock form a colourful contrast to the whitewashed houses of small villages that nestle romantically between them. Herds of goats roaming the steppe-like landscape make time stand still. Wonderful beaches with crystal-clear water invite you to swim, and outside the season, an overnight stay with a camper van directly on the beach is usually tolerated, at least for one night.

The climate in Spain

In the Sierra Nevada and the Pyrenees there is a lot of snow in winter and it can get very cold, summers tend to be cool and short. The likelihood of rain is also much higher here than in the rest of Spain. It often snows more than 100 days a year.

Here there are strong temperature differences of up to 20 degrees between summer and winter, and snow is also possible. Even between day and night, temperatures can vary greatly. Around Madrid it is very warm and dry in summer, with temperatures of over 40 degrees not uncommon. As there is no rain for months, a dry dusty mist often hangs in the air, making it difficult to breathe.

Must have seen destinations in Spain + insider tip

Two impressive sights are the 28m high and 728m long equaduct and the Alcázar castle complex in the old town. For all fans of the Middle Ages: the historic city centre is surrounded by a partially preserved city wall and is a UNESCO World Heritage Site with numerous monuments, churches and buildings. Only 1 km away is the photogenic dodecagonal church "Vera Cruz" and also only a few kilometres away is the magnificent palace "Real of La Granja", which was built on the model of the Palace of Versailles and is surrounded by a beautiful park with water features and fountains, which offer welcome cooling in the heat.

Natural park "Lagunas de Ruidera". These unique green-blue lagoons are a scenic highlight, but relatively unknown and therefore not overrun with tourists. Interconnected waterfalls and uniquely shaped rock formations along the water invite you not only to cool off in the summer heat, but also to go hiking in this area. Some campsites are even located directly at the lagoons and you can reach them on foot from there. Nature lovers and outdoor sports enthusiasts should not miss this picturesque "secret" place in Spain.

If you want to rent a campervan to go to Andalusia, you can reach Gibraltar in about 1.5 hours, which is really worth it! German, Austrian and Swiss citizens do not need an entry visa, an identity card or passport is sufficient. In the town of "La Linea de la Conceptión" there is a camper van site with a restaurant, which is located on the border to the British colony of Gibraltar. Due to the lack of space and left-hand traffic on the peninsula, it is more practical to enter on foot or by bus and park the campervan in Spain to visit the thoroughly worthwhile sights such as the Monkey Rock (there are actually numerous monkeys there) or the port on Gibraltar.

Tip for a cool road trip with 5 interesting stops

If you land in Málaga/Spain by plane, you must of course first rent a campervan and then drive a little way in a north-easterly direction to reach the absolute must-see, the Alhambra (red castle) in Granada. It is a UNESCO World Heritage Site that has been preserved to this day. Even individual campers can't miss the wonderful gardens and palaces, which fascinate with their incredible beauty. If you walk around the gardens of the Alhambra, you will feel like you are in a fairy tale of 1000 and one nights.

If you are there outside the season, you can avoid long queues to get in and it is also much less crowded inside. From the viewpoint "Mirador de San Nicolás" you have an amazing view of the Alhambra. You can also park your camper van in the official car parks, but you should check the opening times beforehand, as they are different in summer and winter.

The Mini Hollywood theme park is located in the middle of the Sierra Nevada desert, about 20 minutes by car north of Alméría. You really do have the feeling of being in America, because several Indiana Jones films and "The Shoe of Manitou" were even filmed in the authentically recreated western town. In the adjacent safari park, you could be forgiven for thinking that Meryl Streep and Robert Redfort from "Beyond Africa" were about to turn the corner and that you were in Africa instead of Spain. The barren and rugged landscape of the Sierra Nevada is a scenic highlight in itself, unique in all of Spain.

If you visit the former gold mining village of Rodalquilar and the disused gold mine outside the high season in a campervan, you can literally "hear" the silence all around and immerse yourself in times long gone. "La minera" is freely accessible and everyone can decide for themselves how much they want to risk walking around between half-ruined buildings and stairs without railings in order to leave this "lost place" as unharmed as possible. The picturesque village is a popular destination for excursions in the midst of beautiful nature. The beaches "Monsul", "Genoveses" and "Playa del Playazo" convince with crystal clear water, fine sand and unique landscape. If you are looking for an oasis feeling with a hot climate and prefer an unspoilt landscape to a well-organised hotel infrastructure, the unbelievably beautiful Cabo de Gata Nature Park is the place for you.

Attention drone pilots: Here is a paradise for you! The hotel, which was never allowed to be finished because it was only realised afterwards that there was no building permit because it is located in a nature reserve, is fascinating and eerie at the same time. It was considered an insider's tip among "lost place devotees", but at the latest since Greenpeace intervened, it gained international fame. Stored building materials and construction cranes dangling ghostly in the wind create a special atmosphere, but it is forbidden to enter the site.

Between Águilas and Cartagena there is another great stretch of coast with countless small bays and fine sandy beaches as well as pretty coastal villages. The picturesque village of "Calabardina at Cape Cope", which has its own diving school, is also worth a detour before either returning to the starting point or enjoying the area in this corner of the country for a while.

How do I get to Spain and where can I rent a campervan?

If you plan to travel by campervan, you should allow at least 3 days if you want to relax a little. The toll-free Atlantic Route is particularly beautiful and practically mountain-free. If you are flying and want to rent a campervan in Spain first, you should consider from where you want to start your campervan tour and then choose the nearest airport for the flight. If you want to start in Andalusia, you should note that there are far fewer direct flights from Germany to Alméria than, for example, to Málaga, where the airport is not only larger, but which more airlines also fly to directly from Germany.

When it comes to campervan hire in Spain, which is possible in all major towns, you should find out about the different types of vehicle beforehandand consider: How many people are to be transported, how many sleeping berths are needed? Before the planned trip, you should also check whether there is enough storage space. Renting a camper van in itself is not a problem if you have familiarised yourself with the above rules beforehand and observe some things that may take some getting used to. Depending on the region in which you plan to rent a camper, you can also request maps for it from the ADAC.

So then: Vamos - and off to Spain!

Get inspired to experience a great adventure in Spain