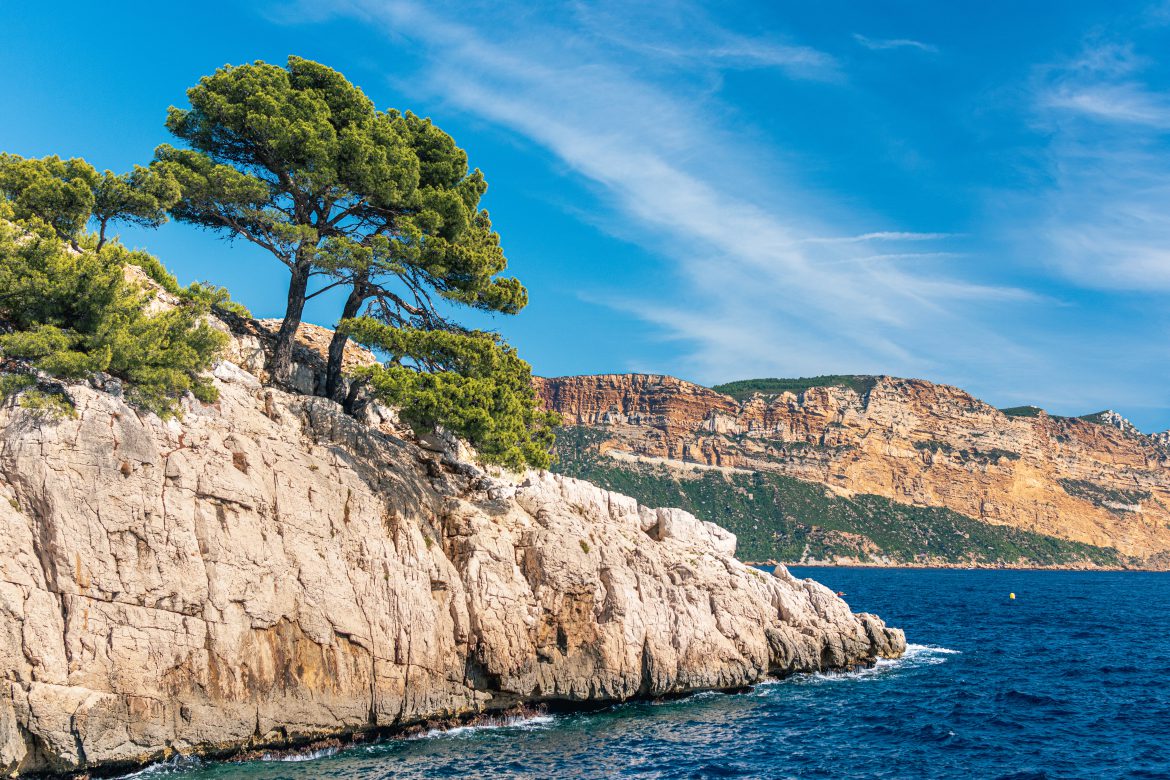 Take a trip to the French Riviera, one of the most beautiful destinations in France. Here are our top 10 places to visit on the Côte d’Azur. 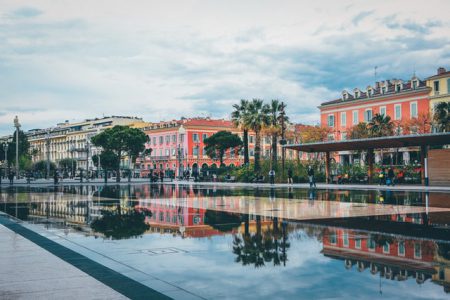 The secret capital of the French Riviera is Nice and with a campervan in France you can explore this city very quickly. The most beautiful sights are the Promenade des Anglaise, which stretches endlessly along the blue sea, Musée Matisse and the castle high above the city. Camping is also popular around Nice, as there are numerous campsites near the beach. If you want to see something typically French, you should visit the Cours Saleya, the market for fruit, vegetables and flowers. This is where the locals gather. 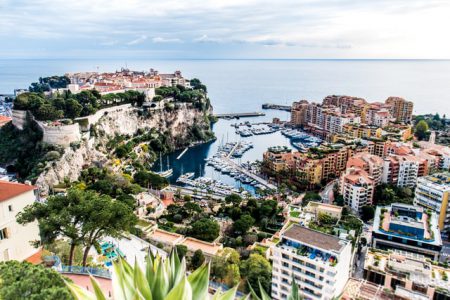 On a trip to the French Riviera, you should take a close look at the dwarf state of Monaco, which lies on the coast and is a city for the rich and beautiful. Besides the Prince’s Palace and Notre Dame Cathedral, there’s a lot more to see there. Monte Carlo, for example, the most important city in the dwarf state, or the casino, which is one of the most famous in the world. You can also go camping there. The Japanese Garden and the harbour are two beautiful places you can visit there. Prince Rainer III has a private car collection there. He exhibits the antique cars and you can go back in time to the early stages of the automobile. 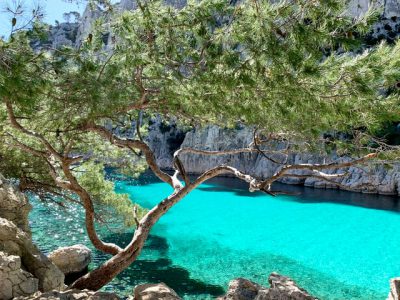 On your trip to the French Riviera, you simply must make a day trip to the Calanques National Park. There you can not only enjoy your camping holiday, but also experience a lot with your campervan in France. The park is located at the gates of Marseille and offers beautiful landscapes and beaches. You can hike along the entire coast and see the beauty of France’s second youngest park. There is no other park like it in Europe. 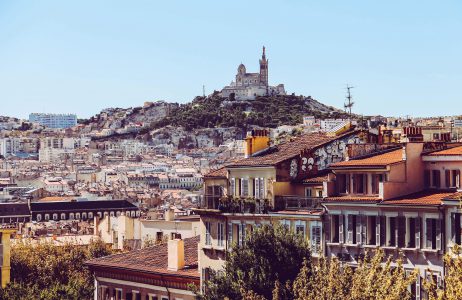 On a trip to the French Riviera, Marseille is an absolute must, as France’s second largest city has a lot of sights to offer. Along the old harbour there are plenty of cafés, restaurants and bars where you can enjoy your holiday. Typical French dishes such as frogs’ legs are served here. If you prefer a taste of culture, head up to Notre-Dame de la Garde, one of the most famous churches in France, with more than 2 million visitors a year. If Marseille’s marina is too big for you, take a look at Vallon des Auffes, which is part of the Endoume district and invites you to dream. Here you will find the great pizzeria “Chez Jeannot” with its fresh salads and delicious pizzas. 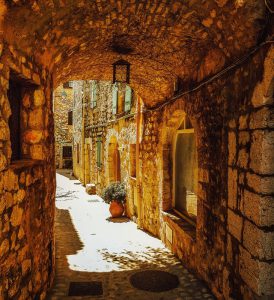 When travelling to the Côte d’Azur, you should definitely pay a visit to the village of Saint Paul de Vence. The village is romantic and inhabited by many artists. With only 3300 inhabitants, it is considered a beautiful village in the Nice region. It is located in the Hinterland and invites you to dream with its narrow streets and colourful shutters. 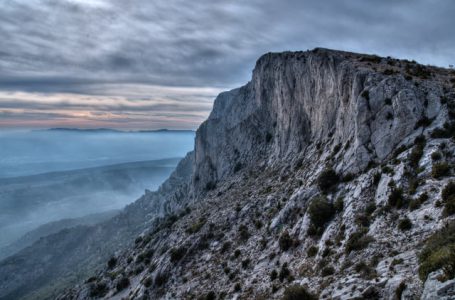 On a trip to the French Riviera, you should plan a visit to this beautiful limestone mountain range. Montagne Sainte-Victoire is 18 kilometres long. The highest point is Pic des Mouches at over 1000 metres. One of the most beautiful communities just outside the mountain range is Fuveau, which was mentioned as early as the 11th century and has chic little villages. There is a romantic chapel here, as well as a museum of transport. Camping is also possible in the area. 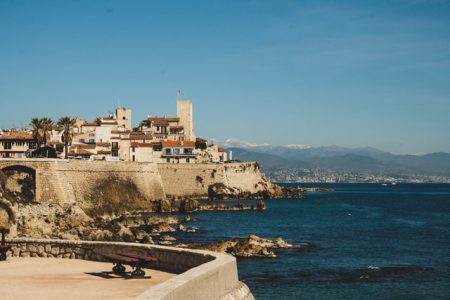 Antibes is a suitable destination for a campervan holiday in France, as there is a lot to see here. Not only is camping fun here, but you should also take a look at the town’s many sights. Cours Masséna, remains from Roman times, for example, or the chapel of Notre-Dame-de-la-Garoupe, which was built between 1300 and 1600.

Near Toulon is the beautiful archipelago of Porquerolles, which is part of Provence and shines in the same splendour with its purple fields. You can camp here and really enjoy your trip to the French Riviera. The ferry takes only a few minutes to reach the island, which is still almost unknown. But there are beautiful sandy beaches, unique little towns and unbelievable tranquillity. The two main sights are the fortress and the lighthouse. 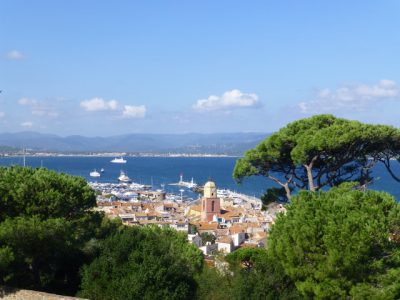 The marina invites you to stay in the beautiful town of Saint-Tropez, which you can visit with your campervan in France. Camping in the Hinterland of the French Riviera is the order of the day. The town of Saint-Tropez has a lot to offer, such as the 16th century citadel, which houses the naval museum, and the Notre-Dame church in the middle of the town centre. The narrow streets between the picturesque colourful houses are bustling with people. The numerous cafés and bars offer delicious drinks. You can linger in a street café and watch the people pass by. There are also beautiful beaches in Saint-Tropez where you can spend your holiday. 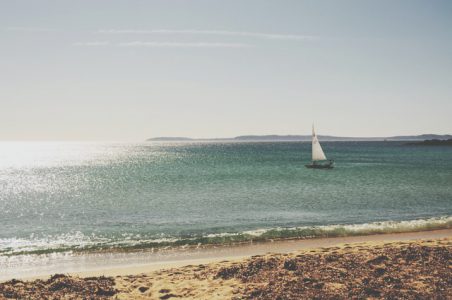 A trip to the French Riviera is especially associated with Le Lavadou. The harbour in the small town is picturesque and there is also a beautiful sandy beach from which you can dive into the cristal clear blue sea. There are numerous markets in Le Lavadou to support the wild hustle and bustle of the town. When you see the wild waves crashing against the quay walls, you’ll understand why the town is called the “City of Dolphins and Whales”, because this is exactly where they live in the Mediterranean Sea off the French Riviera. On 12 kilometres of coastline, there are also 12 beautiful beaches. For this very reason, many people come here to swim, enjoy the sun and the great weather that prevails here in summer. The coast is gorgeous.