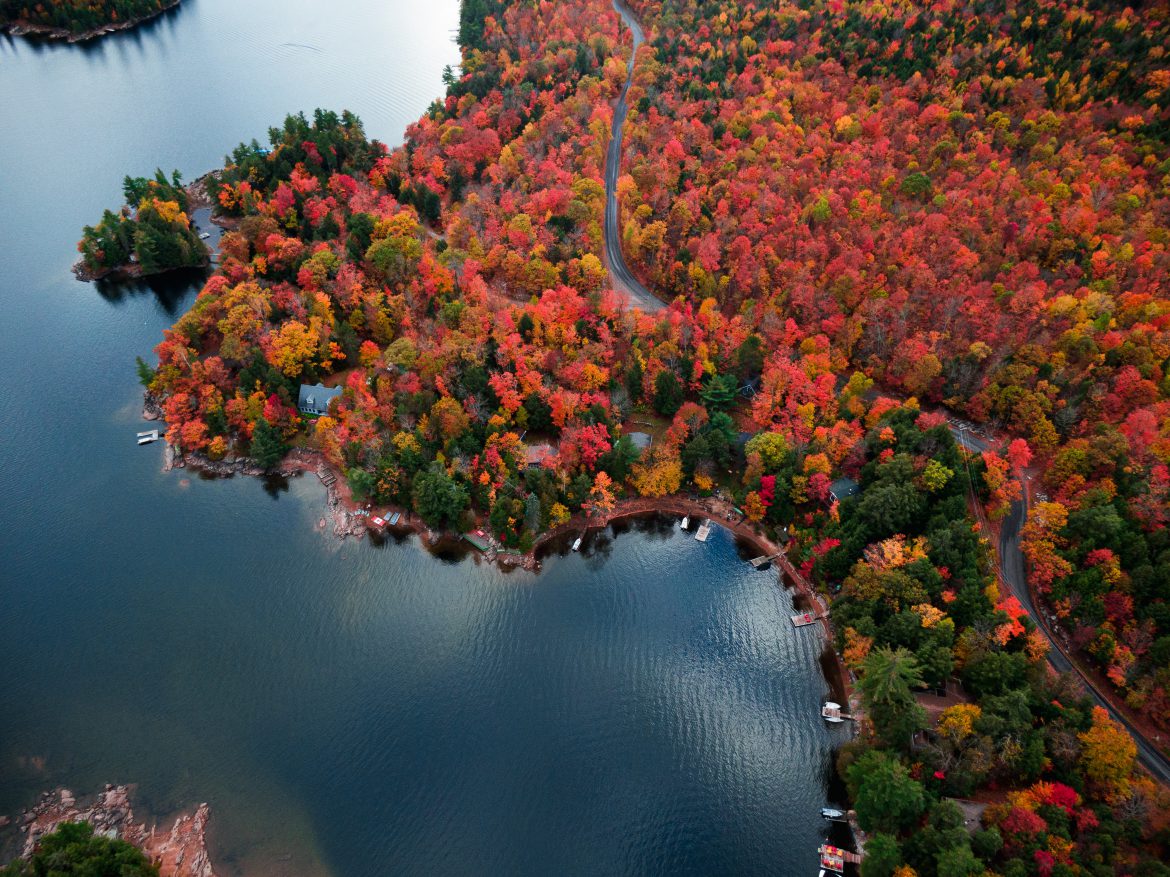 The Great Lakes impress with their seemingly endless expanse and their wildly romantic natural landscape. Did you know that one tenth of the world’s surface water is found in Lake Superior? That certainly gives you a good idea of how big this one Great Lake alone is. This spectacular group of lakes is located in eastern North America between the USA and Canada and consists of the following lakes:

The Great Lakes are not only known for their size, but also for their wild, multi-faceted beauty and great biodiversity. There are countless romantic, spectacular, fascinating and relaxing areas to explore. The best way to explore is to rent a campervan, as it allows you to explore the boundless expanse and diverse nature completely independently and freely. In this article we tell you what to expect in the Great Lakes.

Its name probably goes back to the name mishigami, which the indigenous people gave to this body of water and means “big water”. Lake Michigan is characterised by its many beaches, among other things, and is often called the “third coast” of the United States, because you really have the feeling of being by the sea here. The sand dunes on the eastern shore are the world’s largest dune complex of an inland body of water. There are also several islands in Lake Michigan, the largest of which is Beaver Island with 145 km2. If you also don’t want to miss out on some American big-city flair, you can visit Chicago, located on the south-western shore of the lake. 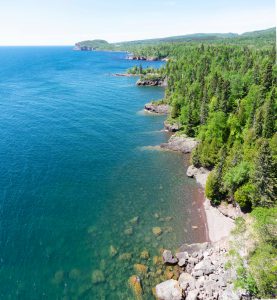 In terms of area, Lake Superior is not only the largest of the Great Lakes, but also the largest inland body of water in the world.
Canada and the USA share this lake.
Despite the relatively nutrient-poor water, around eighty different species of fish live in it.
On land, long beaches, rugged cliffs and enchanted coniferous forests, some of which even go right down to the water’s edge, characterise the shore area.
When the water level is low, you can even discover some old shipwrecks on the beach.

Lake Huron is also known for its shipwrecks, over 1000 of which can be found in its depths. It is connected to Lake Michigan by the Straits of Mackinac, so the two are actually one lake. One part of the lake is in the Canadian province of Ontario, the other in the US state of Michigan.

With a maximum depth of 64 metres, Lake Erie is the shallowest and therefore warmest of the Great Lakes.
It is also located on the border between Canada and the USA and is connected to Niagara Falls and Lake Ontario via the Niagara River. 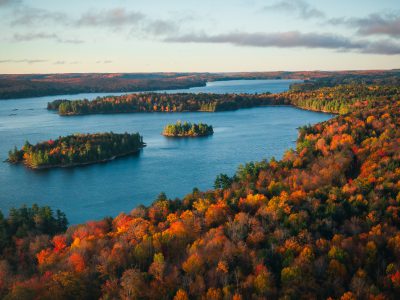 Lake Ontario is the smallest of the Great Lakes.
It is connected to the Atlantic Ocean via the St. Lawrence River.
It also enchants with its wooded surroundings, beautiful lagoons and wetlands, which are home to numerous animal and plant species.
The area around the Niagara River is also known as a wine-growing region.
If you would like to include a visit to the big city, you have the option of visiting Toronto, for example.

Exploring the Great Lakes by campervan

The best way to explore the Great Lakes is by campervan, as this gives you the freedom and mobility to fully appreciate the vastness and myriad opportunities that are available here. A specially designated road network – the Circle Tour – connects the five lakes and the Saint Lawrence River on picturesque routes. Each lake can be explored in and of itself on this tour, but it also allows you to visit all five and find your favourite place along the way. An alternative is the Seaway Trail.

The Great Lakes between the USA and Canada are always worth a trip, both for people who just want to spend time in untouched nature and seclusion, and for those who want to see more of the country and its people. They offer incredibly beautiful nature experiences, but also great cities like Chicago and Toronto are located on their shores. The five lakes enchant with their endless expanse, which gives you the feeling of being on the seashore, and which is best experienced by campervan, gladly also on the specially designated Circle Tour or the Seaway Trail.