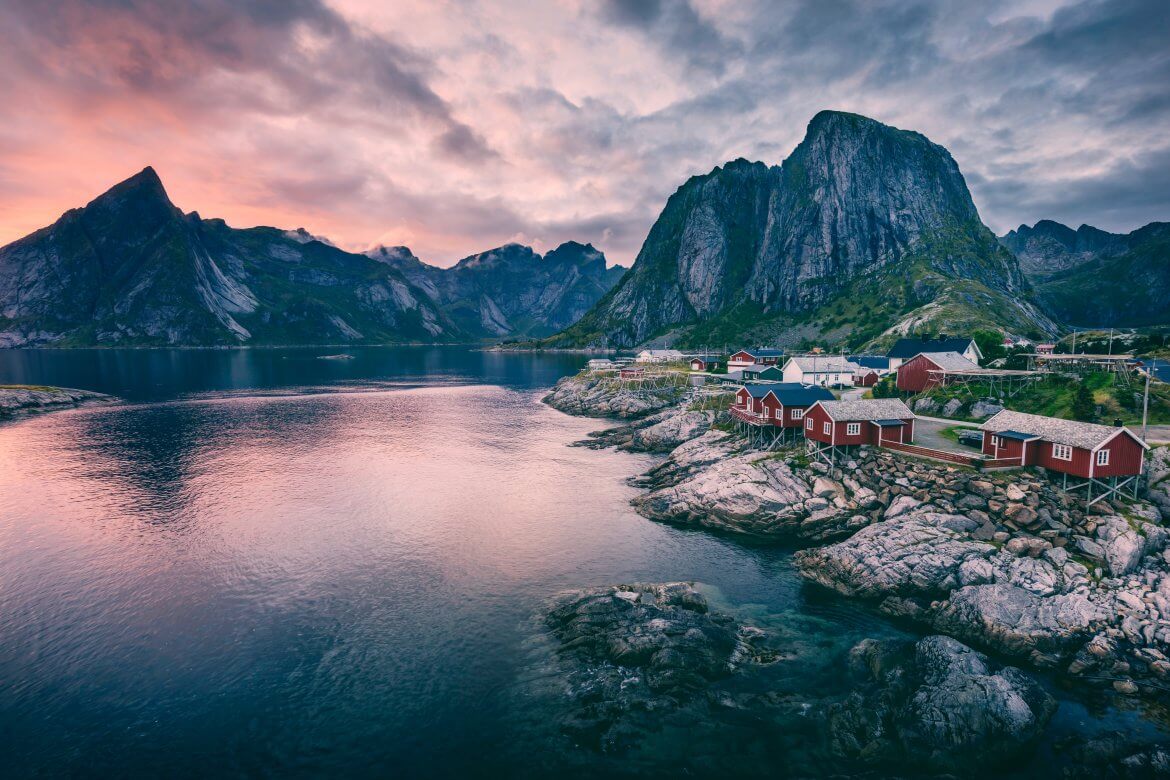 Travel Tip: Why Your Next Camping Tour Should Go To Norway!

The path is always the goal…

Norway isn’t exactly around the corner, no matter from where, it’s far. But according to the campervan motto “Holidays start as you drive”, this should already be seen as relaxation.

First of all a Decision has to be made: By Land or by Sea?

Overland from Germany to Denmark and there from Copenhagen over the 16 km Øresund bridge to Malmö in Sweden. The route then follows Sweden’s west coast to Norway.

If you prefer to cross the sea, you can either cross over from Kiel to Gothenburg and then continue along the west coast or take the ferry to Oslo. Alternatively, there are preferred ferry routes from Denmark to Norway: from Hirtshals to Kristiansand or to Langesund.

The choice of port of arrival depends on the itinerary: Visitors to Oslo and central and eastern Norway should aim for Langesund. If you want to start your Tour in southern Norway, you can disembark at Kristiansand. Ferry connections to Skavanger and Bergen are also possible: an ideal starting point for a trip through the impressive fjord landscape.

The majority of Norwegians prefer the shorter and more time-saving sea route.

#ExploreNorway – All Campervans in Norway

There is no such thing as bad weather…

However, the question of what would be the ideal time for camping with a camper van remains unanswered. Every season has its charm. Summer is favoured by the majority.

Why? Quite simple: from the end of June to the beginning of September the weather is most stable and the thermometer often climbs to over 20°C – depending on the region even up to the 30 degree mark. Furthermore, the possibilities for open passes and roads are probably best, as are opportunities for camping. In some regions, however, road closures and enormous temperature fluctuations occur from time to time. Careful campers therefore have sufficient time and appropriate clothing on board. Those who are less adventurous and prefer warmer summers will stay in southern Norway or close to the coast.

During spring, one has to calculate with different weather caprioles, whereby the whole thing stabilizes in the middle of May in the south and west. Those who want to avoid tourism and see nature awaken are in the right place in May.

In autumn, camping is also a matter of luck, as some places are already closed and the weather is not stable. Nevertheless, this season as well has its appeal: few tourists, pleasant temperatures near the coast, mushrooms and berries – just peace and pure idyll!

That leaves the winter, which can already come in October in the centre of the country, but predominantly in the north. With a winter-hardy “rolling hotel” and the appropriate attitude you will find ideal conditions for camping around Lillehammer, Telemark or Oslo.

Beautiful things come at a price

The cost of a camper tour can only be estimated as it depends on the expectations, the route and of course the local life. In general, the following can be expected:

Purely you and the nature

Camping in Norway means freedom and nature. But even in the most lonely areas or close to the city there are camping and motorhome sites all over the country. These are of various luxuries, adapt to the landscape or are completely natural. They have sanitary facilities with shower and toilets as well as electricity. Internet, lounges and cooking facilities are often available. Depending on the site, an overnight stay costs around 10-50 €; the 5-star campsites are the more luxurious.

Campers are self-sufficient and do not need the facilities of a campsite. There are motorhome pitches for them, which are usually narrower, often just parking lots and partly free of charge.

The much-praised “Everyman’s Right” does not apply to campervans, by the way. Nevertheless, there are always “wildcamping” campervan drivers to be seen, which is usually tolerated.

ALL ABOUT WILDCAMPING IN NORWAY!

Lack of knowledge does not protect from punishment!

In addition to the known traffic rules, there are special rules. Non-compliance leads to severe penalties. There is no use if you claim that you did not know with an innocent glance…

The country is so varied and interesting that you don’t even know what is first and for sure. The landscape has priority.

In the south the capital Oslo as well as the wide beaches and the idyllic villages are tempting. In the centre of the country, the breathtaking fjord landscape silences even the biggest chatterbox from awe. Northern Norway really demonstrates the vastness of the country: wild nature, not a soul for miles …

Who wants to go to the North Cape needs a lot of time. Whether this is so sensational, everyone must decide for himself…

Unique natural events are the midnight sun from May to the end of July and the mysterious polar lights in the winter months.

Hikers and nature lovers enjoy the nature parks. The Hardangervidda, where the world’s largest high mountain plain with mountains over 2,400 m high is located, is particularly recommendable.

Those interested in culture and history should not miss the Vega archipelago, the stave church in Urnes, the Stone Age rock paintings of Alta, the Geiranger and Nærøy fjords, the medieval Hanseatic quarter in Bergen and of course the Scandinavian-Russian meridian arch, the Struve arch.

Norway is a must for every campervan and camping enthusiast. Untouched landscape, peace, breathtaking nature and natural phenomena, fjords and mountains, sea, picturesque places and vibrant cities, breathtaking routes and above all forgetting space and time, all this implies Norway.