The nearest campervan hire in Germany

Choose from the best rated campervan hire companies in Germany

Are you looking for sightseeing? Discover interesting places in Germany: 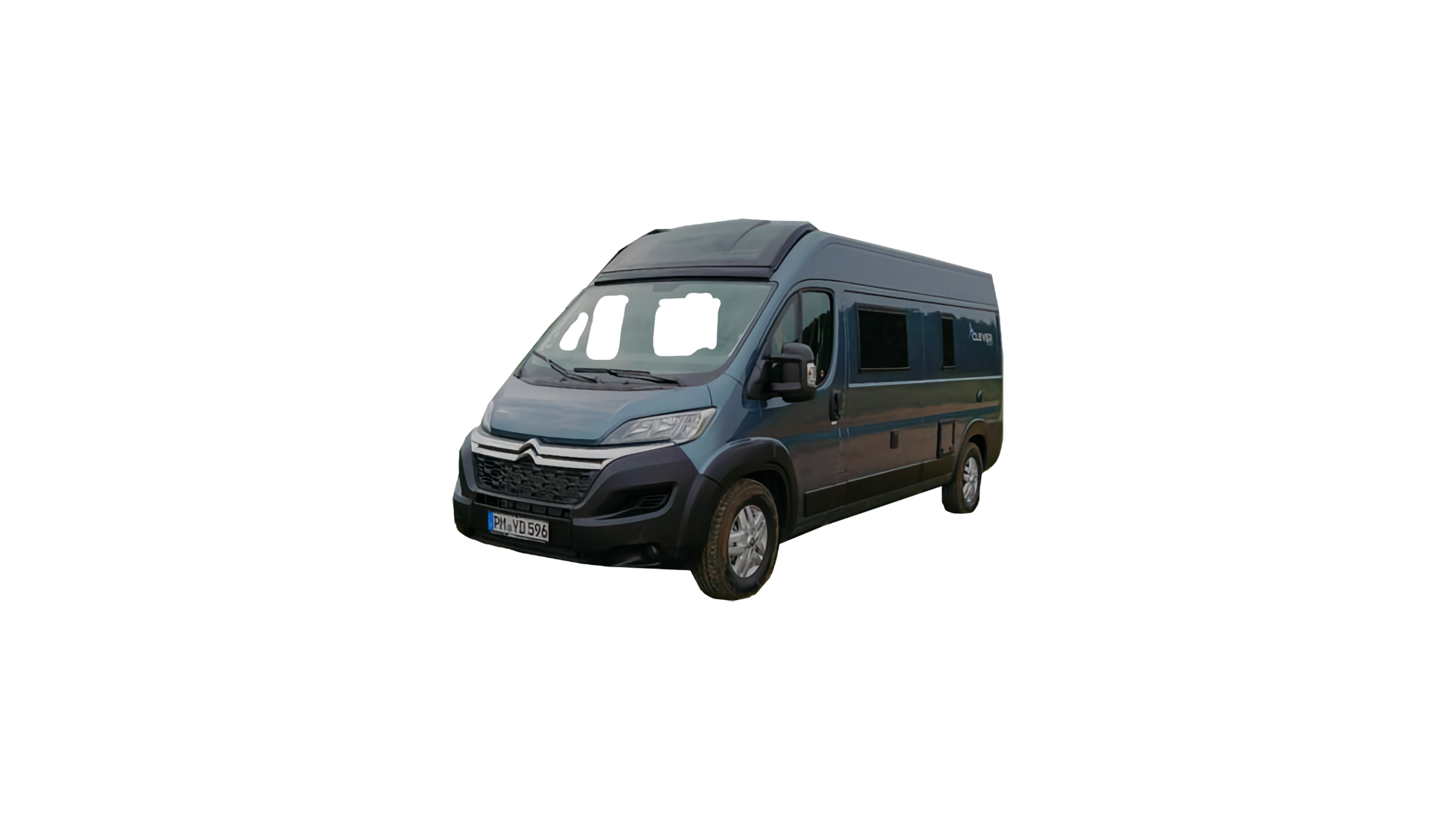 Weather and climate in Germany

The rainiest month of the year is August. On the other hand, the smallest rainfall can be expected in September.

Check the weather forecast for the next few days in Germany

Read the answers to frequently asked questions about Germany

Campervans in Germany usually cost 218.01$ per day
A credit card is required for the deposit in most cases. The deposit amount will be blocked on the credit card on site and unblocked when the campervan is properly returned.
Please use our filters on the search results page. With the filter you can filter out providers that allow you to bring pets.
Wild camping is generally prohibited in Germany. There are a lot of possibilities to park your camper overnight in Germany - either on a campsite or on a parking lot for campervans.
This depends on the rental company. Most rental companies allow use from the age of 18. Please check the rental conditions of the rental company on the details page.
This is allowed in principle, as long as the instructions for the safe fastening of the child are followed.
In Germany, you are allowed to spend one night in your camper van in places where it is not explicitly forbidden. This “interruption of the journey” officially serves as a means to “restore the ability to drive”. This means if you are too tired to continue driving, you may – at any time – stop in a suitable parking lot and rest until you can continue driving. For this reason, you shouldn’t give the impression that you want to camp there. Taking out chairs, extending the awning, and preparing for a barbecue will give the impression of a long term stay. It’s a good idea to arrive as late as possible and continue early the next day. Overnight parking of maximum 10 hours is tolerated.
Germany has a network of official camper van areas called Stellplatz, and there’s around 3600 of them throughout the country. These areas are usually provided by villages or towns and many also offer water, waste disposal and electricity hook-up. It is also possible, for example, in parking lots on the motorway or at parking bays and rest areas on federal highways where there are no prohibition signs for campers. In such parking lots, overnight stays are usually free of charge, unless you park your motorhome in a paid parking lot.
In Germany, motorhomes weighing up to 3.5 tonnes are allowed to drive fairly fast. The speed limit outside of towns and villages is 100 km/h, while you can go up to 120 km/h on express roads. Most German motorways don’t have a speed limit. However, ADAC, the German automobile association, recommends a speed limit of 130 km/h.
Germany is a very friendly country to campervan enthousiast, it has beautiful scenery, smooth roads, and numerous campsites. The autobahn also makes travelling easy and quick.

Important information and facts about Germany

Rent a Campervan in Germany

You want to travel through Germany and have an unforgettable time? You dream of adventure and freedom - and want to see and experience a lot? Then a campervan trip is perfect for you! And of course, you don't need your own campervan - you can simply rent one. Perfect for all those who want to get to know the beautiful country of Germany better - and are in the mood for an exciting trip!

A holiday in Germany sounds boring? - Not at all! Holidays in Germany can be incredibly varied and exciting. And Germany is also quite popular as a travel destination. More and more Germans are spending their holidays in their own country. And rightly so. Germany is an incredibly diverse country. From beautiful beaches by the sea to fairytale cities and turquoise-blue mountain lakes, there's something for everyone. Do you love the sea? No problem: you're sure to love the German North Sea and Baltic Sea. Are you more of a mountain person? Then head to Bavaria and hike in the Alps. As you can see, Germany offers an incredible number of possibilities. And the best thing is: you don't have to choose when you travel through Germany in a campervan. You can explore all these places and decide every day what you feel like doing. Experience a different place every day and simply drive spontaneously to wherever you feel like it. Just rent a camper and start your journey!

Campervan hire in Germany: worth a trip at any time of year

Are you wondering when the best time is for your campervan holiday in Germany? That depends on what you want to experience. Generally, extreme temperatures are not to be expected in Germany. In the northwest of Germany - near the North Sea coast - the climate is rather mild, with a comparatively high amount of rain. The climate is similar on the Baltic Sea coast.

In the Rhineland near the cities of Düsseldorf, Cologne, and Bonn, winters tend to be mild and summers hot and dry. This part of Germany is one of the most pleasant temperature regions in the country.
The climate in eastern and central Germany is continental: this means - long and mild winters and dry and hot summers.
In the south of Germany - in the mountains - the winters are quite long and characterised by snowfall. Here, it can also quickly reach double-digit minus temperatures in winter. But in summer it can also be hot and dry here.

When is the best time to set off with a campervan? That depends on what kind of holiday you are planning. If you're travelling in summer, you can swim in lakes and the sea, hike in the mountains and sit in front of the campervan in the evening and enjoy a barbecue. But winter camping also has its appeal: in winter, there is not much going on in northern Germany, and a holiday on the North Sea and Baltic Sea in winter can be wonderfully relaxing. Or you can take your camper to the mountains in winter - for skiing or snowboarding

Campervan rental in Germany: These are the places you should visit!

Where is the most beautiful destination in Germany? Which places should you definitely visit on a campervan road trip in Germany?
Every region of Germany offers beautiful landscapes and sights that you should visit during your trip.

Rent a campervan for a holiday in the south of Germany - these places are worthwhile!

Rent a campervan and explore the north of Germany

Campervan hire in Germany: If you rent a campervan, you'll have a holiday you won't forget. With us, you will find a wide range of camping vehicles, perfect for your road trip!

Get inspired to experience a great adventure in Germany