Choose from the nearest RV rental companies in Pisa

Are you looking for sightseeing? Discover interesting places in Pisa: 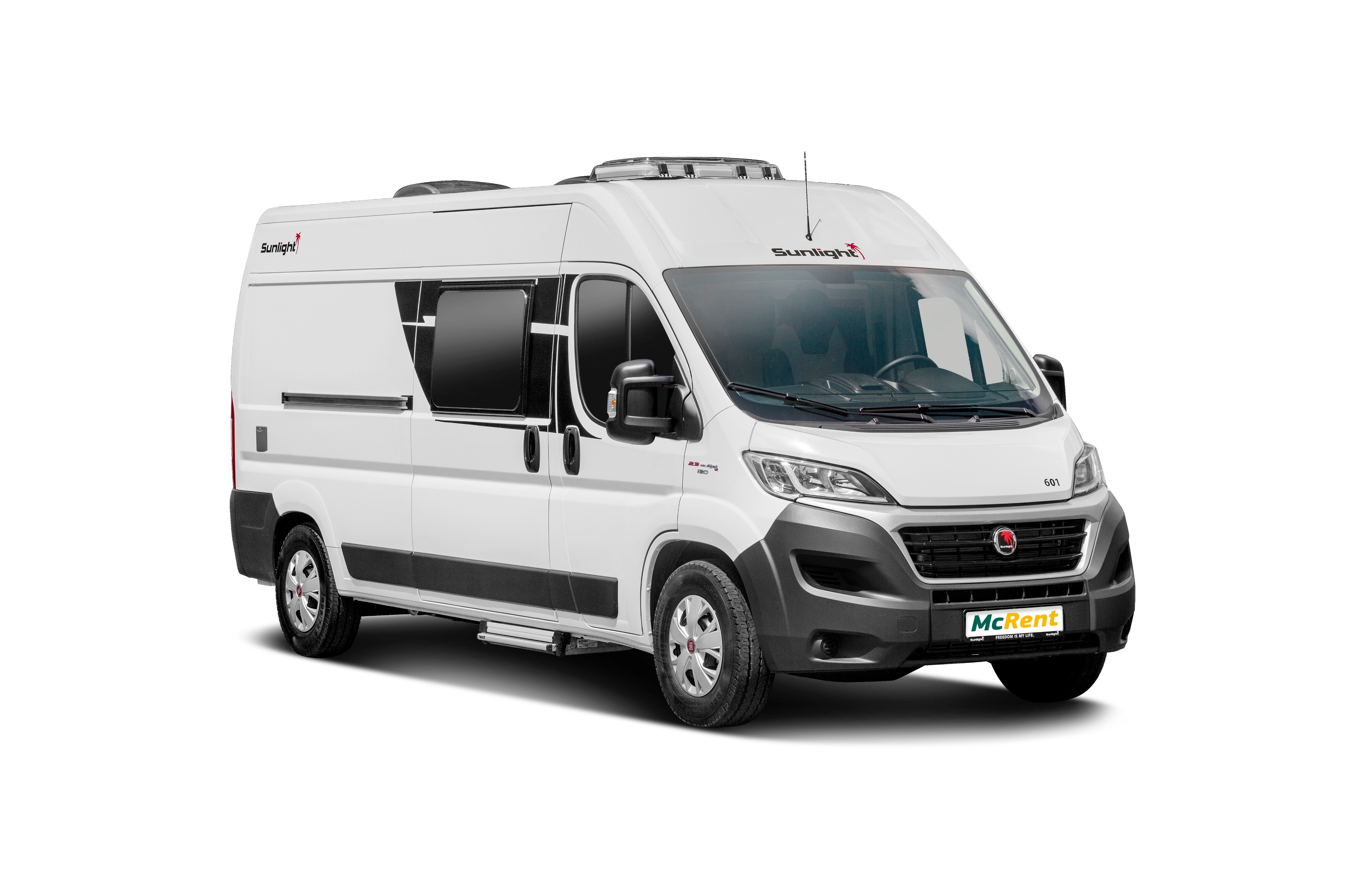 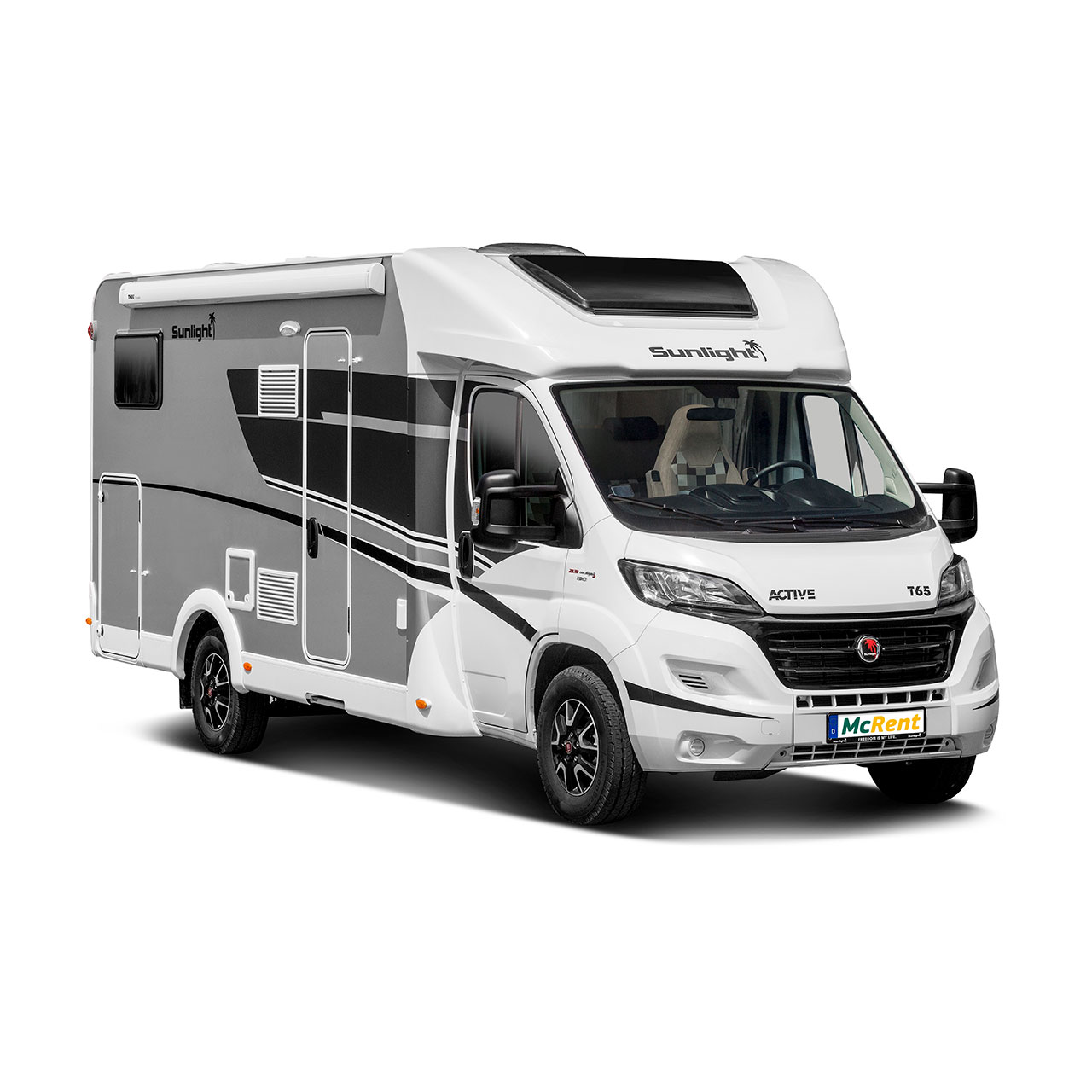 Weather and climate in Pisa

The rainiest month of the year is January. On the other hand, the smallest rainfall can be expected in August.

Check the weather forecast for the next few days in Pisa

Read the answers to frequently asked questions about Pisa

RV rentals in Pisa usually cost 179.03$ per day.
A credit card is required for the deposit in most cases. The deposit amount will be blocked on the credit card on site and unblocked when the RV is properly returned.
Please use our filters on the search results page. With the filter you can filter out supplier that allow you to bring pets.
Wild camping is generally prohibited in Pisa. There are a lot of possibilities to park your camper overnight in Pisa - either on a campsite or on a parking lot for campervans.
This depends on the rental company. Most rental companies allow use from the age of 18. Please check the rental conditions of the rental company on the details page.
This is allowed in principle, as long as the instructions for the safe fastening of the child are followed.
Yes, campsites are open all year around in Italy. Check out the temperatures online and plan your trip.
You can use your standard driving licence as long as it covers Class B. We advise you to take an international driving licence to complement this.
The speed limits for campervans in Italy stands at 50km/h in cities, and 80km/h on most roads and highways. This information may vary from time to time, we recommend a double check before your trip.
Italy is one of the richest countries in Europe in terms of cultural heritage, gastronomy, landscapes, and the country is also well designed for road trips due to the high number of rest areas for vehicules present on the road.

Important information and facts about Pisa

No visitor can escape the charm of the city of Pisa. The Italian city is located in sun-drenched Tuscany, whose cypress-covered hill ranges are known worldwide. This picturesque stretch of land is ideal for a holiday with RV.

In addition to the unique hilly landscape, Tuscany has a 300 km coastline with sandy beaches and a deep blue sea. Pisa and the surrounding area make a family holiday with a campervan an unforgettable experience.

RV rental in Pisa - The best time to travel

The Mediterranean weather makes travelling to Tuscany generally possible all year round, as the winters are mild and the summers hot. The best time to travel begins in March, when temperatures settle at 15 degrees, and does not end until November. June, July and August are the best months for a beach holiday.

An active holiday with a sightseeing programme should be moved to the spring and autumn months, when it is less hot. Boat trips are possible from March to November. Sailing boats and yachts are available for hire in many Italian coastal resorts.

RV rental temperatures: In the months of June to August, temperatures can reach more than 35 degrees Celsius. In January, the coldest month, the thermometer drops below 10 degrees, but frost and snow are rare. May is particularly suitable for a holiday with a campervan to Pisa.

RV rental Rainfall: Tuscany and Pisa are a dry region. In the summer months it rains only sporadically. October and November see the most rain, with rainfall ranging from 120 to 122 mm. In comparison, there is only 24 mm of rain in July.

Pisa is mainly known for its Leaning Tower, which is also the city's landmark. It is one of the most famous buildings in the world and owes its fame to a too soft ground.

Originally, this tower was intended as a free-standing bell tower for the cathedral, but only 12 years after construction began in 1173, the tower began to lean to the southeast. This led to a halt to further construction for 100 years.

Afterwards, the city tried to balance the tower with four more storeys. After another break, the construction was completed in 1372. The reason for this leaning is the sandy subsoil mixed with clay, which cannot withstand the weight of the tower.

The tower hangs so crooked that the pendulum of the bell almost touches the side wall. For decades, the city has been fighting against a collapse of the tower, which continues to lean every year. Many elaborate and costly procedures have been tried. The greatest success was achieved with a soil remediation measure that reduced the angle of inclination from 5.5 degrees to 4 degrees.

The RV can be parked not far from the cathedral square in the Pisa Tower Parking lot. From there, the tower can be reached on foot in a few minutes. The Santa Maria Assunta Cathedral is right next to the tower and is definitely worth a visit.

Apart from the tower and the cathedral, Pisa has more sights to offer. The Botanical Garden was created as early as 1543 by Luca Ghini, a famous doctor and botanist. Cosimo I de' Medici, then duke and one of the richest men in Italy, supported him in financing this large project.

More than 2000 plant species from all over the world are displayed in 150 beds. Especially in summer, a walk under the shady trees is very relaxing. The museum on the same grounds displays an interesting natural history collection.

The Ponte di Mezzo is one of the most charming bridges in Pisa and connects the north with the south. It offers a great view of the old buildings along the river Arno, which also flows through Florence.

The bridge is a great photo opportunity, especially at sunset. An evening walk along the canal is a wonderful experience. The sun's reflections in the water have an almost magical effect.

The museum has one of the greatest art exhibitions in Italy. Among the most famous works are the sculptures and paintings from the Renaissance. In addition, there are numerous exhibits from the Middle Ages.

The RV should remain parked at the Tower Parking. This saves a lot of nerves and time. It is quite difficult and in summer almost impossible to find a parking space for RV in the city centre.

RV rental: The most beautiful campsites

This campsite is only 800 metres from the Leaning Tower of Pisa. After only a 10-minute walk, holidaymakers are already in front of the landmark. The site offers pitches for the camper van, caravan or tent.

The washrooms are spacious and very clean. A restaurant, a market and a pool with a bar round off the facilities. The staff are friendly and helpful.

On this site, the RV can be parked under pine trees. The sea is in the immediate vicinity. There is even a small private beach for guests.

From the campsite, all attractions can be easily reached by bike. There are e-bikes, city bikes and trekking bikes for rent in the town centre. The only small shortcoming of the site are the unfashionable showers.

This site is a real luxury site. It has everything a camper's heart desires, great pitches, a spacious pool area and its own beach.

Sun loungers and umbrellas can be rented on the private beach. The campsite is not located directly in the town, but in Tirrenia. The small town is 17 km away, directly on the sea. Pisa is only 20 minutes away by RV.

Holiday in Pisa: Getting there

By RV, the journey to Tuscany from Germany takes 12 hours. The distance from the border to Pisa is 1200 km. An Airbus 380 needs half an hour to cover the distance. Flights to the city depart from Munich and Frankfurt. By train, you can reach Pisa in 17 hours, depending on the transfer options.

A holiday with RV in Pisa is possible from spring to autumn. The beautiful landscape of Tuscany has numerous attractive campsites from which excursions to historic cities such as Pisa and Florence are possible. Pisa is an absolute highlight of any holiday in Italy. After all, the Leaning Tower is one of the most famous buildings in Europe.

Get inspired to experience a great adventure in Pisa 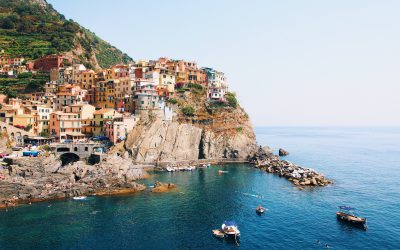 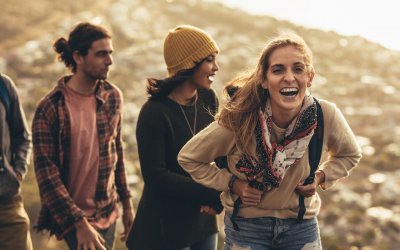 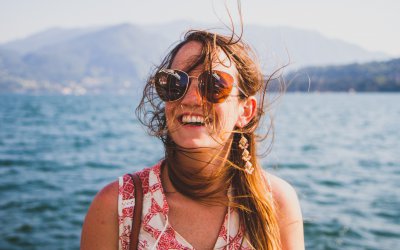 Escape from the winter in Italy – Camping in Lake Como

Escape from the winter in Italy – Camping in Lake Como