Choose from the nearest campervan hire companies in Wuppertal

Are you looking for sightseeing? Discover interesting places in Wuppertal:

Book campervans in Wuppertal: from 152.58$ per day 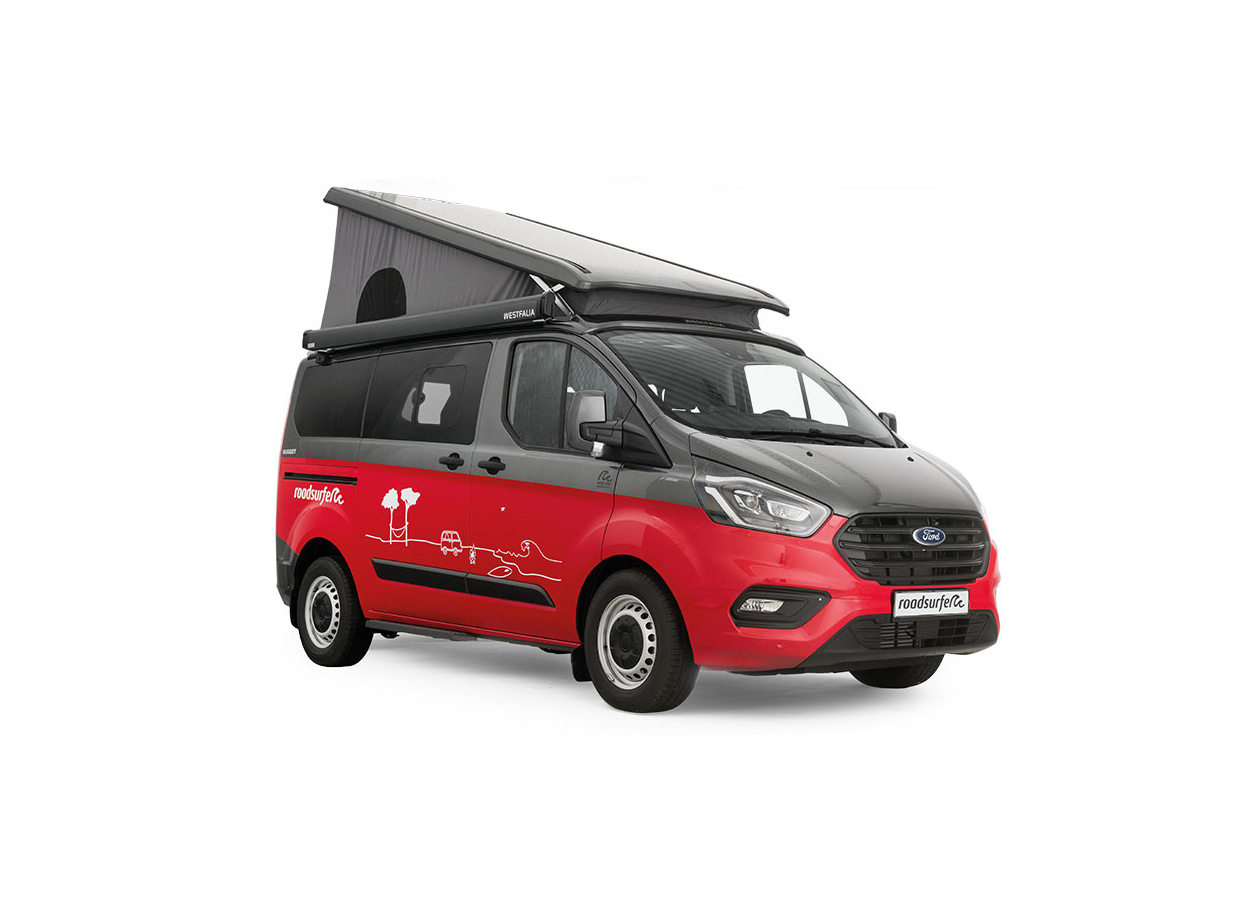 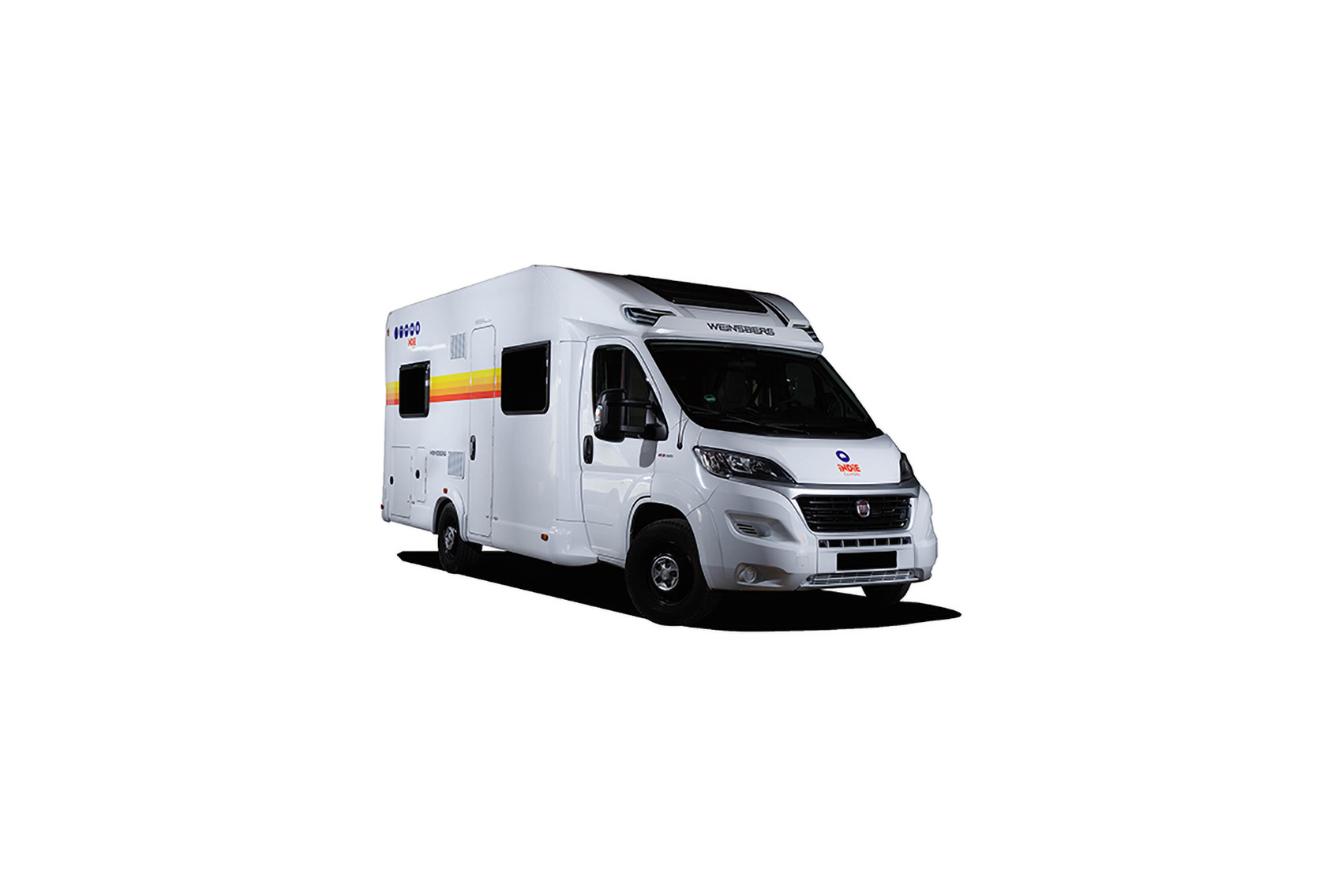 Weather and climate in Wuppertal

The rainiest month of the year is July. On the other hand, the smallest rainfall can be expected in September.

Check the weather forecast for the next few days in Wuppertal

Read the answers to frequently asked questions about Wuppertal

Campervans in Wuppertal usually cost 211.61$ per day
A credit card is required for the deposit in most cases. The deposit amount will be blocked on the credit card on site and unblocked when the campervan is properly returned.
Please use our filters on the search results page. With the filter you can filter out providers that allow you to bring pets.
Wild camping is generally prohibited in Wuppertal. There are a lot of possibilities to park your camper overnight in Wuppertal - either on a campsite or on a parking lot for campervans.
This depends on the rental company. Most rental companies allow use from the age of 18. Please check the rental conditions of the rental company on the details page.
This is allowed in principle, as long as the instructions for the safe fastening of the child are followed.
In Germany, you are allowed to spend one night in your camper van in places where it is not explicitly forbidden. This “interruption of the journey” officially serves as a means to “restore the ability to drive”. This means if you are too tired to continue driving, you may – at any time – stop in a suitable parking lot and rest until you can continue driving. For this reason, you shouldn’t give the impression that you want to camp there. Taking out chairs, extending the awning, and preparing for a barbecue will give the impression of a long term stay. It’s a good idea to arrive as late as possible and continue early the next day. Overnight parking of maximum 10 hours is tolerated.
Germany has a network of official camper van areas called Stellplatz, and there’s around 3600 of them throughout the country. These areas are usually provided by villages or towns and many also offer water, waste disposal and electricity hook-up. It is also possible, for example, in parking lots on the motorway or at parking bays and rest areas on federal highways where there are no prohibition signs for campers. In such parking lots, overnight stays are usually free of charge, unless you park your motorhome in a paid parking lot.
In Germany, motorhomes weighing up to 3.5 tonnes are allowed to drive fairly fast. The speed limit outside of towns and villages is 100 km/h, while you can go up to 120 km/h on express roads. Most German motorways don’t have a speed limit. However, ADAC, the German automobile association, recommends a speed limit of 130 km/h.

Important information and facts about Wuppertal

Wuppertal is primarily known for its suspension railway. It is indeed the landmark of the North Rhine-Westphalian city, but Wuppertal still has much more to offer. The large city in the Ruhr region offers a unique landscape, historic buildings and numerous shopping opportunities.

The first excavations in and around the city show that there was already a large settlement on this site in the 11th century. By the mid-19th century, this area had developed into a centre of early industrialisation.

Today, many of the old industrial monuments in the Ruhr area can still be admired. The textile industry in particular made the area famous and brought prosperity. The numerous villa districts in the Gründerstil still bear witness to the old days.

The first documented mentions of settlements date back to the mid-11th century. For many centuries, the present-day city area was divided by different dominions. Until the 19th century, the region developed into a centre of early German and European industrialisation; the textile industry in particular brought wealth and growth to the region.

Even today, the city on the Wupper is full of charm and demonstrates a spirit for progress. The most striking feature of the landscape is the Wupper valley, which runs through the middle of the city. Numerous trees and bushes grow along the sides of the valley, and the city glows green in summer.

Flowers and grasses bloom on the plateaus. The meadows invite you to extended picnics. It is not for nothing that Wuppertal is also called the big city in the green. In addition to the suspension railway, a visit to the zoological garden, the Heydt Museum and the Waldfrieden Sculpture Park are particular highlights.

A holiday with a campervan in this city of culture is definitely worth it.

Campervan hire in Wuppertal - The best time to travel

The maritime, sub-altantic climate of the northwest ensures warm summers and mild winters. The best time to travel by campervan is therefore June, July and August. As a rule, the camping season begins in May and ends in September.

The highest temperatures prevail in the city during the months of June to August. August is the warmest month of the year at 23.9 degrees. Swimming in the lakes is therefore possible without any problems in summer. In May, the average temperature is 19 degrees Celsius, and at night it is usually around 8 degrees Celsius.

In winter and autumn it is too cold for a holiday with a campervan. The coldest month is January with a maximum temperature of 5.6 degrees Celsius. Frost and snow are always to be expected during this period.

Precipitation in Wuppertal falls regularly throughout the year. In summer it rains a little less than in winter. The driest month is May with 13 rainy days. In January there is an average of 21 rainy days. So it's always worth having rain gear and umbrellas handy for a holiday with a campervan on the Wupper.

In 1901, the Wuppertal suspension railway ran for the first time. Its inventor Eugen Langen designed this railway as part of the public transport system. It has been a listed building since 1997, but still transports visitors through the city every day.

The word "Schwebebahn" (suspension railway) did not exist before and was created especially for this invention. The railway runs from Oberbarmen to Vohwinkel, covering a distance of 13.3 km. Since Wuppertal, as the name suggests, lies in a valley, the railway saves space by not taking up any floor area.

This art museum is located in Wuppertal-Elberfeld and displays a collection of sculptures and graphics from the 17th century to the present. The banker family Heydt supported the project financially.

The exhibition rooms mainly show French paintings from the 19th century. Another focus is modern art. During the National Socialist era, some works were confiscated. The collection is supplemented by numerous special exhibitions that change regularly.

A trip by campervan to Germany's highest railway bridge is well worthwhile. This iron bridge crosses the Wupper on two tracks. At a height of 107 metres, it crosses the valley.

The S7 suburban railway line runs over this bridge. Directly under the bridge is a small car park for the camper van. After taking a souvenir photo, you can go hiking here.

Campervan hire in Wuppertal - The most beautiful campsites

There is a good place to park your campervan in Wuppertal. If you are looking for a campsite, you will find one in Solingen and one in Ennepetal. Wuppertal is easy to reach from both places.

This campervan site is located directly on the Nordbahntrasse and is very well run. The owner is very friendly and the supply and disposal of the campervan works perfectly. On arrival there is a welcome pack with maps and small gifts.

There are no extra toilets or showers on the site. The pitches are named after the districts of Wuppertal. It is very quiet here at night and the prices are fair.

This beautiful and well-maintained campsite is located directly on the Wupper between Solingen and Witzhelden. The owner takes good care of his guests. There are extra pitches to rent for the campervan, which are paved.

The Campingklause offers coffee and cake. There is a large playground for children. The sanitary facilities are clean and tidy.

This family-run campsite impresses with its naturalness and the friendliness of the owners. Everything is in good condition and well maintained. There is enough space for the campervan, even if it is a large model.

A little extra are the table tennis tables. The overall package is recommendable.

Tip Bike rental: The surrounding area is excellent for cycling. Bikes of all kinds can be rented at Rentabike Wuppertal Am Eskesberg 5.

Renting a campervan - Getting to Wuppertal

By car / campervan: Getting to Wuppertal by car or campervan is very easy, as the north-south motorway runs right past the city. You therefore can't miss Wuppertal.

By plane: Wuppertal itself does not have its own airport. The nearest international airport is in Düsseldorf. The journey time between Düsseldorf and Wuppertal is 40 minutes.

The city on the Wupper offers a varied holiday program. In addition to a ride on the suspension railway, excursions to the museum and the old town with its numerous cafés and shops are also worthwhile. The campervan site in the city centre is recommendable, but the campsites in the surrounding area offer more greenery. In any case, it's no problem to rent a camper van site in the Ruhr area, there's plenty of choice here.

Get inspired to experience a great adventure in Wuppertal