Choose from the nearest campervan hire companies in Rheinfelden

Are you looking for sightseeing? Discover interesting places in Rheinfelden:

Book campervans in Rheinfelden: from 137.47$ per day 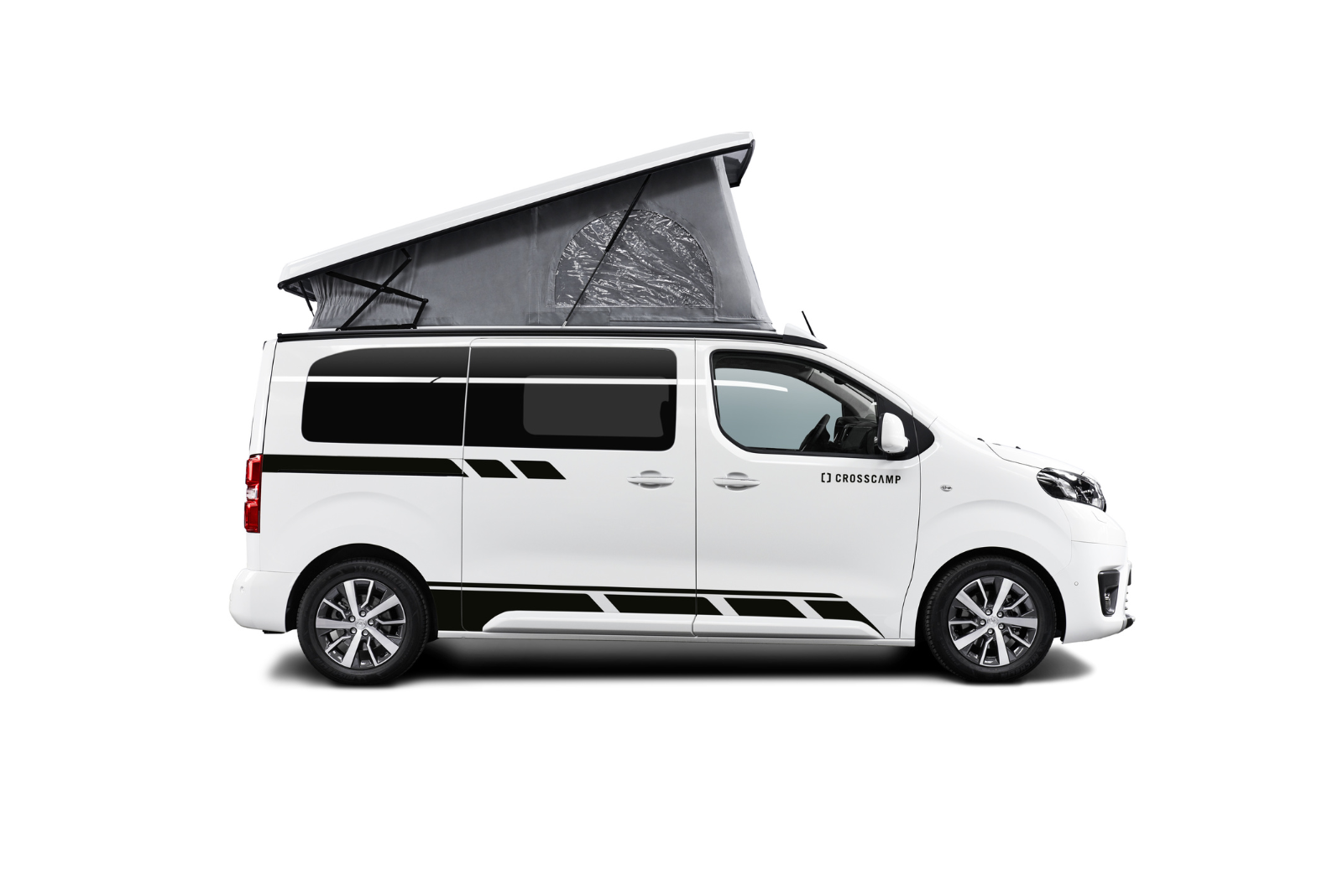 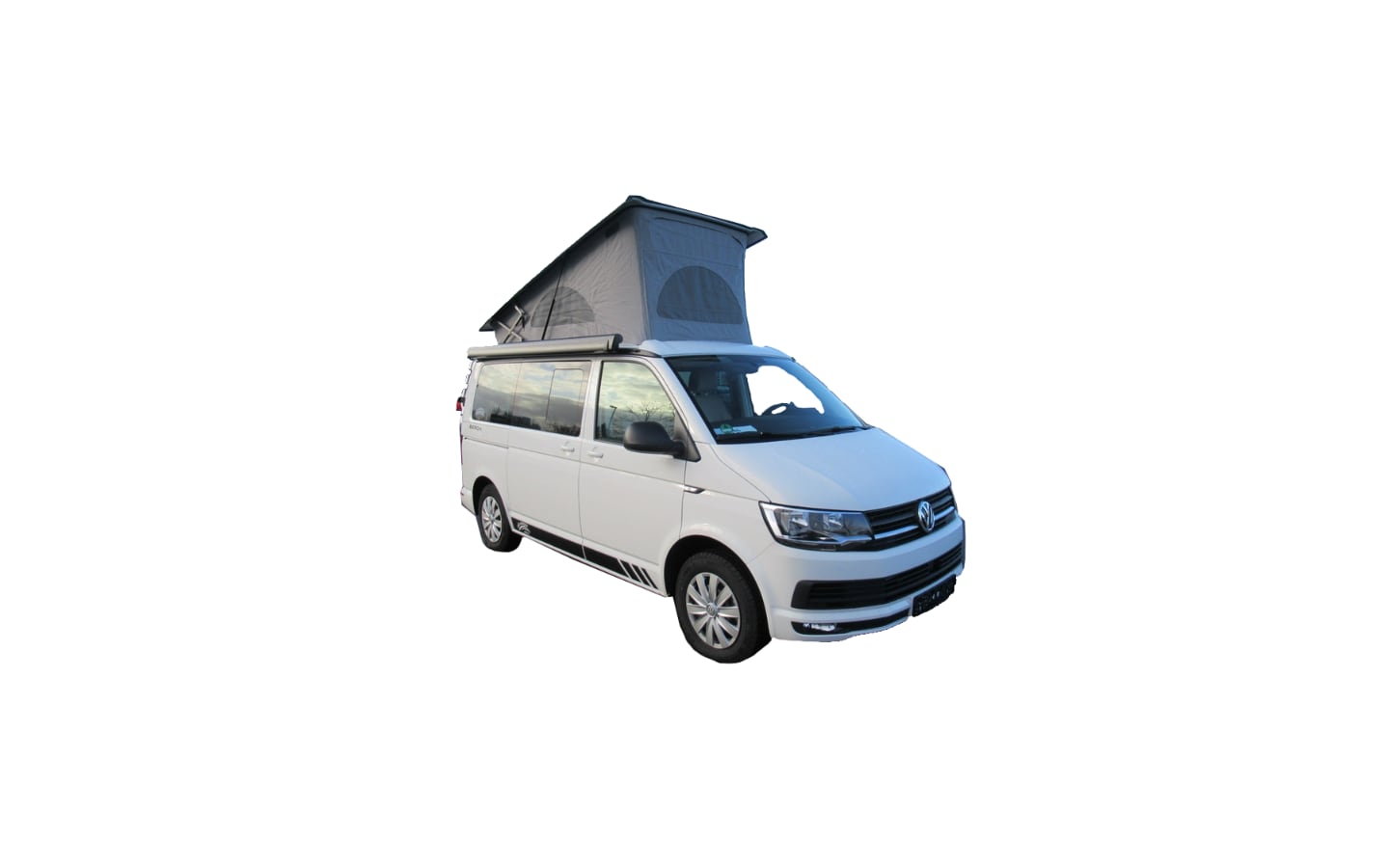 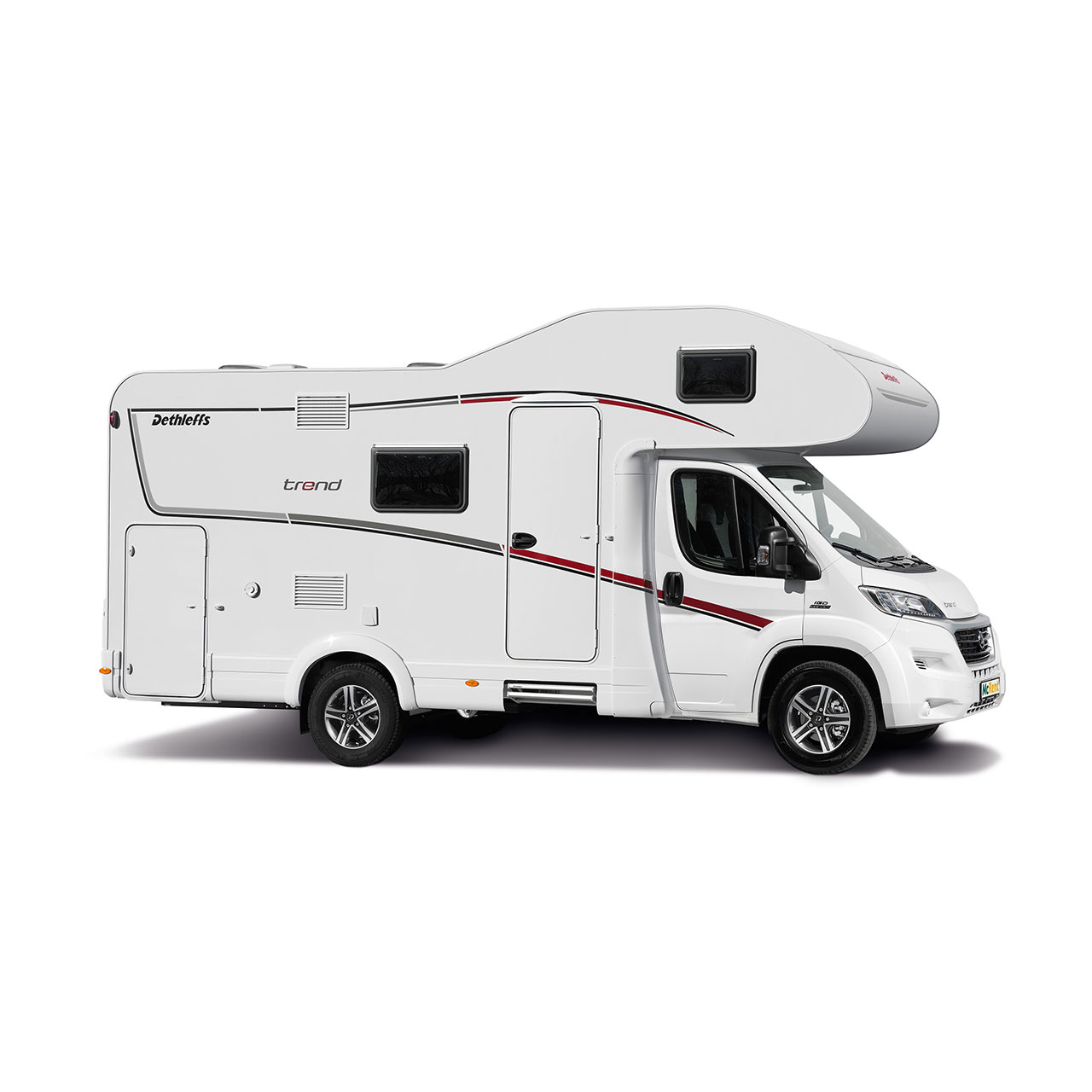 Weather and climate in Rheinfelden

The rainiest month of the year is July. On the other hand, the smallest rainfall can be expected in April.

Check the weather forecast for the next few days in Rheinfelden

Read the answers to frequently asked questions about Rheinfelden

Campervans in Rheinfelden usually cost 168.89$ per day
A credit card is required for the deposit in most cases. The deposit amount will be blocked on the credit card on site and unblocked when the campervan is properly returned.
Please use our filters on the search results page. With the filter you can filter out providers that allow you to bring pets.
Wild camping is generally prohibited in Rheinfelden. There are a lot of possibilities to park your camper overnight in Rheinfelden - either on a campsite or on a parking lot for campervans.
This depends on the rental company. Most rental companies allow use from the age of 18. Please check the rental conditions of the rental company on the details page.
This is allowed in principle, as long as the instructions for the safe fastening of the child are followed.
In Germany, you are allowed to spend one night in your camper van in places where it is not explicitly forbidden. This “interruption of the journey” officially serves as a means to “restore the ability to drive”. This means if you are too tired to continue driving, you may – at any time – stop in a suitable parking lot and rest until you can continue driving. For this reason, you shouldn’t give the impression that you want to camp there. Taking out chairs, extending the awning, and preparing for a barbecue will give the impression of a long term stay. It’s a good idea to arrive as late as possible and continue early the next day. Overnight parking of maximum 10 hours is tolerated.
Germany has a network of official camper van areas called Stellplatz, and there’s around 3600 of them throughout the country. These areas are usually provided by villages or towns and many also offer water, waste disposal and electricity hook-up. It is also possible, for example, in parking lots on the motorway or at parking bays and rest areas on federal highways where there are no prohibition signs for campers. In such parking lots, overnight stays are usually free of charge, unless you park your motorhome in a paid parking lot.
In Germany, motorhomes weighing up to 3.5 tonnes are allowed to drive fairly fast. The speed limit outside of towns and villages is 100 km/h, while you can go up to 120 km/h on express roads. Most German motorways don’t have a speed limit. However, ADAC, the German automobile association, recommends a speed limit of 130 km/h. Know the speed limits and remember they will be displayed in kilometres per hour: 130kph = 80mph, 110kph = 68mph, 50mph = 31mph. Penalties for speeding offences can be harsher than in the UK.
Germany is a very friendly country to campervan enthousiast, it has beautiful scenery, smooth roads, and numerous campsites. The autobahn also makes travelling easy and quick.

Important information and facts about Rheinfelden

A visit to the town of Rheinfelden in Baden-Württemberg is worthwhile because of its beautiful location on the Rhine, the wonderful hiking trails on the Hohe Flum and the Tschamberhöhle cave. In the historic town centre there are attractive shopping opportunities, nice cafés and good restaurants.

In addition, the town is a good starting point for a quick trip to Switzerland. The border is only a few kilometres away. After Lörrach, Rheinfelden is the second largest town and an important economic centre of the municipality.

Interestingly, Rheinfelden in Switzerland lies exactly on the opposite side of the Rhine. The two towns are closely linked economically and culturally. South of Rheinfelden in Baden lie the foothills of the Black Forest.

Findings show that there was already a settlement on this site in Roman times. The town gained sad notoriety during the Thirty Years' War. The battles in 1638 and 1678 took place mainly on the right bank of the Rhine.

The Dinkelberg mountain range is located north of the centre and is a popular recreational area. The mountains extend to Basel, which is only 15 km away. A visit to Basel with a campervan is absolutely recommended.

The medieval old town with its small alleys is very lively and has a romantic flair. In the Basel Art Museum, visitors can see a unique collection of modern paintings and sculptures. The old cathedral and the famous red town hall are also very popular destinations.

Campervan hire in Rheinfelden - the best time to travel

The climate in Rheinfelden is temperate and warm. The winter months are mild and in summer it is pleasantly warm but rarely hot. The best time for a campervan holiday is between May and September.

The winter months are too cold and wet for a holiday with a campervan. In winter, the temperature rarely rises above 5 degrees Celsius. Snow and frost must always be expected at this time of year.

The annual rainfall is 1215 mm. The rain falls fairly evenly distributed throughout the year. Between May and June there are usually 12 rainy days per month.

The driest month is February with eight rainy days. So an umbrella and rubber boots should always be in your luggage. It is also worth bringing a rainproof awning for the campervan.

The Tschamberhöhle, the Hohe Flum and the Rhine promenade are among the most beautiful sights in the town.

Adventure seekers will get their money's worth here. The walk through the 600-metre long accessible part is not dangerous, but requires some courage due to the darkness and narrowness. The cave is located in the Riedmatt district, directly on the Rhine.

A small stream flows through the cave, which then flows into the Rhine. Thus the cave belongs to the active stream caves. Its total length is 1550 metres. During the construction of the High Rhine Railway to Basel, the old entrance was filled in in 1856.

In the years that followed, various boreholes were drilled in search of the cave. It was then opened to the public in 1890 and expanded. The first electric lighting was installed in 1966.

In addition to the stream, there are numerous dripstones and limestone structures to be seen in the cave. The tour ends at a six-metre-long water basin. Above the basin is a waterfall.

There are wonderful hiking trails on the Hohe Flum with great views. At 536 metres, it is the highest elevation in the Dinkelbeg mountain range. Most of the hiking trails leave from Wiechs or Nordschwaben.

There is a stone lookout tower on the summit. It was planned and built in 1874. 62 steps lead to the top of the platform.

On the banks of the Rhine you can go for a lovely walk or cycle. A 6 km circular hiking trail leads along the Rhine to the other side and back again. Walkers pass the old town, a hydroelectric power station and, of course, the riverbank.

The most beautiful view of Rheinfelden is from the Adelsberg on the German bank. There are numerous information boards along the route. The small island in the Rhine is a particularly romantic sight. Numerous restaurants invite you to take a break. The campervan can be parked in the large visitor car park on the banks of the Rhine.

Tip Rent a bike: Good and inexpensive bicycles can be rented at Manufaktur Märki Am Gleis 1. The bicycle rental shop is located in Switzerland.

It is no problem to find a good campsite for your campervan. There are many well-equipped sites in and around Rheinfelden.

Campervan hire - camping and swimming pool on the Rhine

The most beautiful thing about this site is its direct location on the Rhine. If you're lucky, you can park your campervan right on the water and enjoy a wonderful view. The staff is really friendly and pleasant.

The sanitary facilities are not new, but they are kept well clean. As the site is quite popular, it is worth booking in advance. Drinks and food are available during the day.

This campsite is located in Lörrach, right next to a public swimming pool. It is quite large and very well maintained. The pitches further away from the popular restaurant are nice and quiet.

You get a chip for the sanitary facilities, which costs a deposit of 20 euros. This is a bit inconvenient if you are travelling with two people. At least you are free to choose the pitch for your campervan.

Those who long for peace and quiet will be happy here. The small site is really cozy and ideal for relaxing. It is only a few minutes away from the Rhine.

There is an outdoor swimming pool next door. The camper van can be parked on a nice meadow. The sanitary facilities are clean and the staff are very attentive. For a campsite in Switzerland, the parking fee is quite reasonable. Many of the sites on the German side are much more expensive.

Renting a campervan - Getting to Rheinfelden

By car/camper van: Rheinfelden can be reached by car or camper van via the A 98. The A5 leads directly to Basel. The infrastructure in this region is well developed.

By plane: The nearest international airport is in Basel. You can reach Rheinfelden in half an hour by campervan. The distance from the airport is 26 km.

Rheinfelden is a great destination because of its location. The town is located directly on the Rhine on the border with Switzerland. France can also be reached in a short time. Within the town, the Rhine promenade and the cave are particularly worth seeing. You can easily rent a nice pitch for a camper van at the numerous campsites in the region. All the sites are well maintained and clean.

Get inspired to experience a great adventure in Rheinfelden