Choose from the nearest RV rental companies in Mannheim

Are you looking for sightseeing? Discover interesting places in Mannheim: 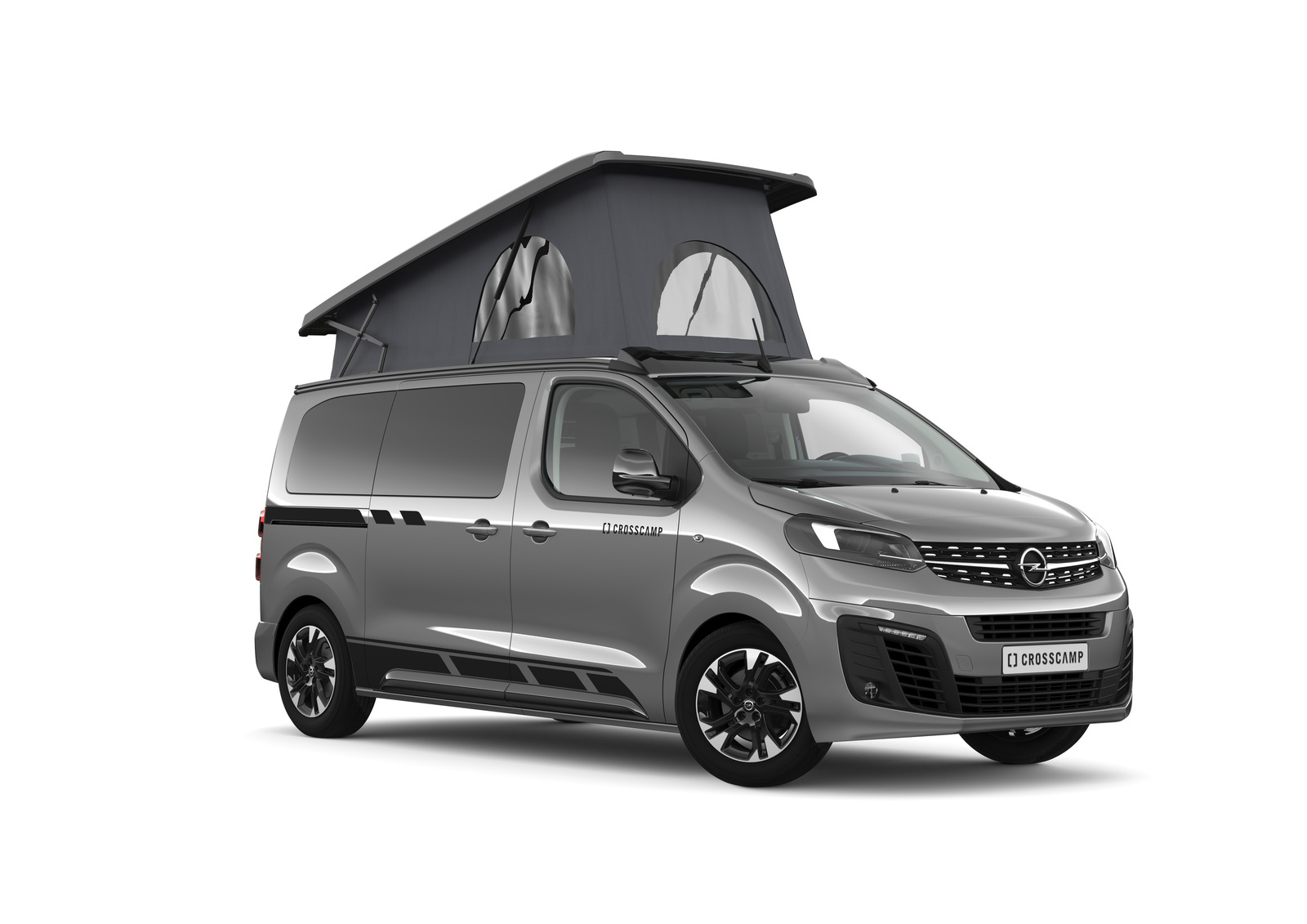 Weather and climate in Mannheim

The rainiest month of the year is June. On the other hand, the smallest rainfall can be expected in March.

Check the weather forecast for the next few days in Mannheim

Read the answers to frequently asked questions about Mannheim

RV rentals in Mannheim usually cost 226.59$ per day.
A credit card is required for the deposit in most cases. The deposit amount will be blocked on the credit card on site and unblocked when the RV is properly returned.
Please use our filters on the search results page. With the filter you can filter out supplier that allow you to bring pets.
Wild camping is generally prohibited in Mannheim. There are a lot of possibilities to park your camper overnight in Mannheim - either on a campsite or on a parking lot for campervans.
This depends on the rental company. Most rental companies allow use from the age of 18. Please check the rental conditions of the rental company on the details page.
This is allowed in principle, as long as the instructions for the safe fastening of the child are followed.
In Germany, you are allowed to spend one night in your RV in places where it is not explicitly forbidden. This “interruption of the journey” officially serves as a means to “restore the ability to drive”. This means if you are too tired to continue driving, you may – at any time – stop in a suitable parking lot and rest until you can continue driving. For this reason, you shouldn’t give the impression that you want to camp there. Taking out chairs, extending the awning, and preparing for a barbecue will give the impression of a long term stay. It’s a good idea to arrive as late as possible and continue early the next day. Overnight parking of maximum 10 hours is tolerated.
Germany has a network of official RV areas called Stellplatz, and there’s around 3600 of them throughout the country. These areas are usually provided by villages or towns and many also offer water, waste disposal and electricity hook-up. It is also possible, for example, in parking lots on the motorway or at parking bays and rest areas on federal highways where there are no prohibition signs for campers. In such parking lots, overnight stays are usually free of charge, unless you park your RV in a paid parking lot.
In Germany, motorhomes weighing up to 3.5 tonnes are allowed to drive fairly fast. The speed limit outside of towns and villages is 100 km/h, while you can go up to 120 km/h on express roads. Most German motorways don’t have a speed limit. However, ADAC, the German automobile association, recommends a speed limit of 130 km/h. Know the speed limits and remember they will be displayed in kilometres per hour: 130kph = 80mph, 110kph = 68mph, 50mph = 31mph. Penalties for speeding offences can be harsher than in the UK.
Germany is a very friendly country to campervan enthousiast, it has beautiful scenery, smooth roads, and numerous campsites. The autobahn also makes travelling easy and quick.

Important information and facts about Mannheim

In south-west Germany, the city of Mannheim welcomes its guests. If you want to rent a campervan, Mannheim is an ideal starting point. Situated on the Rhine and Neckar rivers, the city in the federal state of Baden-Württemberg offers numerous attractions worth seeing, such as the magnificent baroque castle or a grid-shaped city centre.

Campers renting RV from Mannheim can look forward to the hundreds of kilometres of the Burgenstraße and the proximity to the border triangle. This unites Germany, Austria and the Czech Republic, making the Rhine-Neckar region rich in numerous excursion destinations in the surrounding area.

For local sightseeing, you can park your vehicle not far from the city centre, for example in Mannheim-Neuostheim or at the traditional campsite, which has the Mannheim lido as its neighbour. From here you can explore the Rhine-Neckar region and Mannheim's surrounding destinations.

On hot summer days, official bathing lakes and other bodies of water in the region provide the necessary cooling. Surrounded by green meadows and shallow shores, the Vogelstang Lake and the Kiefweiher pond, for example, invite families with children with campers in particular to splash around.

If you are looking for a change from the quiet camper life and long for city flair, you should pay a visit to the lively city of Frankfurt, just an hour's drive from Mannheim. Whether it's green hills and enchanting places like Königstein in the Taunus Mountains, Germany's only skyline or Mannheim itself: Renting RV in Mannheim is an unforgettable experience.

RV rental in Mannheim: Exciting destinations in and around the city

Probably the best-known tour with a campervan is the so-called Castle Road. A popular road trip leads from Mannheim to Prague and shows you fairytale towns such as Rothenburg ob der Tauber. The Castle Road itself stretches 1,400km along Germany's roads and - as the name suggests - takes you on a journey to the country's magnificent castles and palaces.

The road trip from Mannheim to Prague is around 1,190km long and takes you on numerous detours and past many green landscapes with pastures and fields. It passes more than 90 magnificent castles and palaces along the way, including Hornberg Castle, for example, the castle ruins in Heidelbar, which look out over wide green and blue high above the Neckar, and the extensive castle complex in Wetzingen. From the border, campervan travellers discover the beer city of Pilsen, Karlovy Vary and the largest enclosed castle area in the world in Prague.

Those interested in history pay a visit to the 18th-century baroque castle and marvel at historical exhibits. Stroll through the city centre laid out in a strict grid pattern and stop off at quaint German restaurants. Within the so-called Mannheim squares you will also find a baroque fountain monument including statues.

Let yourself be guided from the lively Planken pedestrian zone in the south-east of Mannheim to the water tower. The romantic tower was decorated with art nouveau elements and sits enthroned in the Friedrichsplatz gardens, the perfect place to relax after sightseeing. If you are in Germany during the hot season to rent a campervan, you should take a look at the lakes in the Mannheim area:

- Blue Adriatic and Kiefweiher in Ludwigshafen

Half-timbered houses, cobbled streets and imposing town walls: The small town of Rothenburg ob der Tauber looks like something out of a Hans Christian Andersson fairytale. You can reach the German town by campervan in the north of Bavaria and it is mainly known for its visually appealing, medieval architecture.

Within the impressive city walls, stroll past many well-preserved towers and gatehouses. Cross the covered walkway above the wall and continue your stroll along the narrow cobbled streets. The medieval town hall offers its guests a unique view: it features a tower with a panoramic view.

Frankfurt is only an hour's drive from the starting point where you rent the camper. The seat of the European Central Bank welcomes you on the blue river Main. Formerly known as the home of Goethe, Frankfurt now houses an interesting museum in his former residence. In the city's interior, you can marvel at the impressive skyline.

Stroll along the large, cobblestone pedestrian zone around Frankfurt's Römer, the famous municipal town hall dating from 1405, which towers over the central square with its half-timbered style and balcony. A visit to the palm garden of the city of Frankfurt am Main is worthwhile and takes you to other climatic zones with its large greenhouses and well-tended flora and fauna from all over the world.

If you rent a campervan, you should also put this mountain range on your travel list. Seemingly endless, deep green forests and over twenty stops worth seeing attract camping enthusiasts to the Taunus Mountains. Picturesque villages such as Hessen and the Thuringian Forest can be found here.

RV rental in Mannheim: Detour to the Moselle

Vineyards, picturesque villages and excellent cuisine on a trip with a camper van: the second longest tributary of the Rhine rises in France and attracts numerous guests - both travellers renting a camper van and locals - thanks to a colourful range of leisure and sports activities.

The Moselle has a length of around 550km. You will find many attractions on its banks and in the surrounding area: Stroll along the narrow, winding streets of Germany's oldest city, Trier, or discover the centre of Bernkastel, which consists almost entirely of old buildings. Imposing half-timbered houses from the 16th and 17th centuries line the streets. Other popular destinations around the Moselle:

- Zell on the Moselle

To get to Mannheim, travellers in RV have a few options. Nearby airports are located in Frankfurt am Main, Stuttgart and Baden-Baden, with Frankfurt being the most strategically located. However, Mannheim's main train station is not far from the city centre and can be reached from all major train stations in Germany.

Around 13,000km of motorway criss-cross Germany. In principle, there are no tolls for campervans, but there are some bridges or tunnels that require payment. Wild camping is not permitted in Germany. The locally regulated nature and forest protection laws usually stipulate that private individuals are allowed to enter as well as stay in the great outdoors, but no explicit permission is given to spend the night with RV.

Many campers who rent a camper van are lucky and are allowed to stay overnight. Absolute no-go zones for RVs, campers & co. can be private land and nature reserves as well as specially designated areas.

Get inspired to experience a great adventure in Mannheim