have rated Campstar in France

Choose from the nearest campervan hire companies in Thonon-les-Bains

Are you looking for sightseeing? Discover interesting places in Thonon-les-Bains:

Book campervans in Thonon-les-Bains: from 143.90$ per day 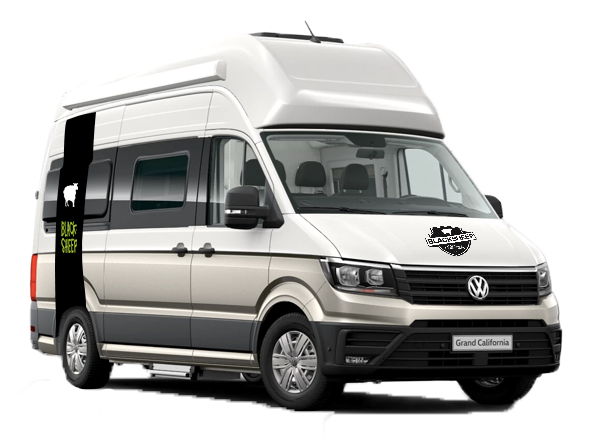 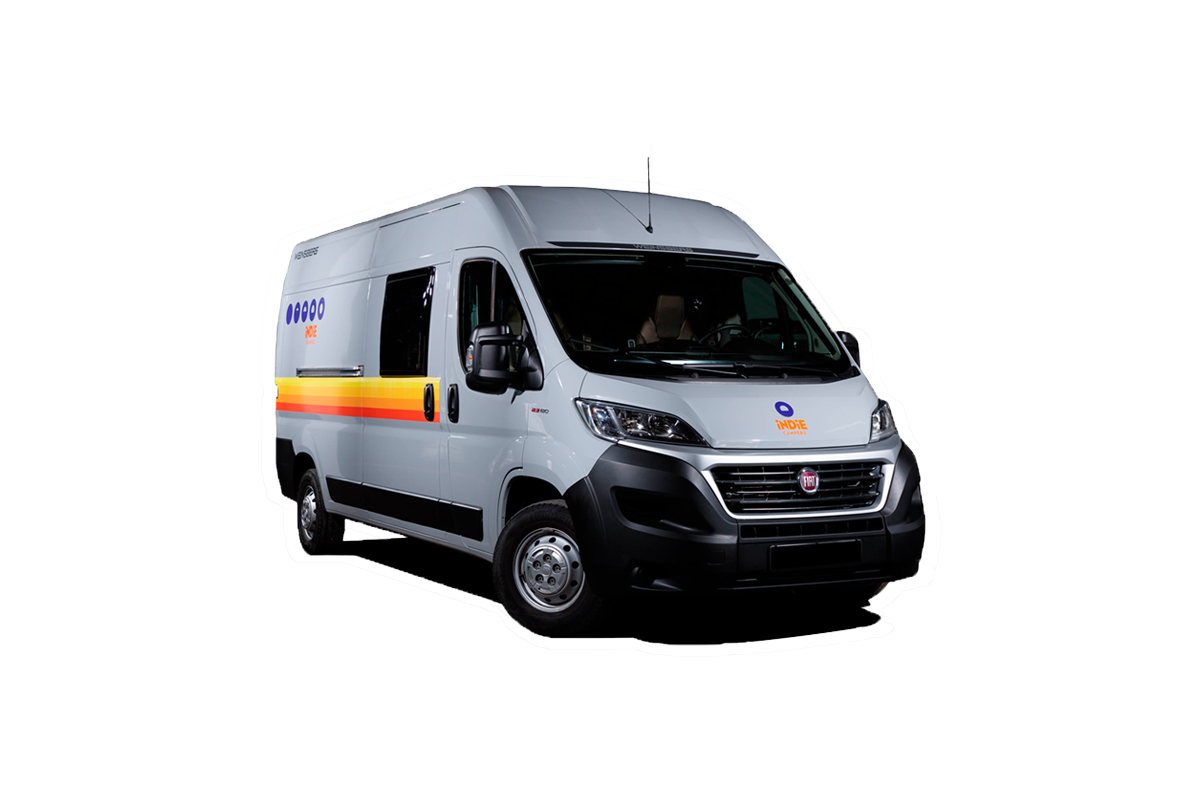 Weather and climate in Thonon-les-Bains

The rainiest month of the year is December. On the other hand, the smallest rainfall can be expected in March.

Read the answers to frequently asked questions about Thonon-les-Bains

Campervans in Thonon-les-Bains usually cost 275.03$ per day
A credit card is required for the deposit in most cases. The deposit amount will be blocked on the credit card on site and unblocked when the campervan is properly returned.
Please use our filters on the search results page. With the filter you can filter out providers that allow you to bring pets.
Wild camping is generally prohibited in Thonon-les-Bains. There are a lot of possibilities to park your camper overnight in Thonon-les-Bains - either on a campsite or on a parking lot for campervans.
This depends on the rental company. Most rental companies allow use from the age of 18. Please check the rental conditions of the rental company on the details page.
This is allowed in principle, as long as the instructions for the safe fastening of the child are followed.
You can use your car licence as long as you have held it for three years or more. You must be at least 21 years old to drive your RV. Note that you will have to be 25 or older to drive the bigger RVs. Your International Driving Licence must be presented with your national driving licence.
It is usually allowed to free camp in France. You just have to make sure that you are not on private land without permission.
In France, the speed limits for campervans stands at 50km/h inside urban areas, 80-90km/h outside urban areas, 110km/h for double carriageways, and 130km/h for highways. If you have held your driving license for less then 3 years/it is raining/or any other event that affects road use, the speed limits drops lower accordingly: 90km/h>80km/h, 110km/h>100km/h, 130km/h>110km/h.
France is one of the most popular destinations for motorhome enthusiast due to the variety of places to visit, the ease of travelling around the country, the large number of dedicated motorhome areas, as well as places to stay overnight, etc... not to mention the food, both local and national delicacies. Overall, a destination to look forward to in more ways than one.

Important information and facts about Thonon-les-Bains

Discover San Francisco and the surrounding area with campstar

Travelling with a RV also means enjoying freedom and unlimited possibilities. And where better to feel this freedom than in the United States of America? Perhaps nowhere, we at campstar believe, which is why we make it possible for our customers to have an adventure with a RV in the USA. This also applies to San Francisco, where we rent campers to explore the impressive city in a bay on the Pacific Ocean and also the surrounding area.

Places of interest in and around San Francisco

San Francisco is one of the most exciting cities in the world, which offers many sights that are unique in the world. It's no wonder that the city with around 870,000 inhabitants is an absolute dream destination for tourists all over the world - this also applies to many adventurous Germans.
Probably the most famous sight of the hilly city in northern California is also known around the globe: The legendary Golden Gate Bridge, which is one of the most impressive structures of all. Driving over it in a RV is an experience you will never forget. The feeling of freedom resonates with you. The adjacent Golden Gate Park is also a "must see".
In addition to the Golden Gate Bridge, San Francisco is synonymous with year-round sunshine, Victorian houses, extraordinary trams and an attitude to life that is representative of California. Anyone who travels to San Francisco and the surrounding areas of the city in a RV will quickly understand why it is the so-called "Sunshine State".
Another breathtaking sight in San Francisco is the Transamerica Pyramid, which stands in the financial district. From the city's most famous skyscraper, you can also see Alcatraz - the island located in the bay that is infamous for its former prison. The prison island can be reached by ferry, a thrilling and immersive experience.
One of the most beautiful corners in the city is definitely Fisherman's Wharf, where the centre of the fishing trade is located. Chinatown, Coit Tower, Union Square and the twin peaks Twin Peaks are also among the sights. From the latter you can see the whole city - an almost magical place.
Since you are flexible and independent with a RV, some of the sights around San Francisco are also easy to reach. A trip to Yosemite National Park, which is about a four-hour drive from the metropolis, is definitely worthwhile. The Muir Woods National Monument can also be reached via a beautiful panoramic road. The 17-Mile Drive, a road with a breathtaking view directly along the coast, is highly recommended for RVs.

There are not many options for travelling from Germany. The only option in most cases is by plane. In order to still be mobile and free in San Francisco, it is worth switching directly to a camper. This is exactly the option we offer tourists with our camper van rental around San Francisco.
A big plus: You can rent a RV from us in one place and return it to another in the USA. We don't charge a fee for this, so you can embark on the trail of the American dream in a relaxed and cost-effective way.

Campsites and pitches in San Francisco

There are numerous campgrounds in and around San Francisco, which - as is usual in America - are very spacious. One of the best addresses is the Rob Hill Campground, which is located directly on the coast and in the immediate vicinity of the city centre. An exceptional location for a campground. Camp Ida Smith is somewhat smaller, but also in a good location for exploring the city and its surroundings. Here you will usually also find a little more peace and quiet.
You will find even more peace and quiet at the San Francisco RV Resort, a campsite that is located directly on a beautiful sandy beach, but also has a pool or two. It is not without reason that this is one of the most popular campsites around San Francisco. The same applies to Kirby Cove Campground, which is a little further away from the city and nestles in a picturesque coastal setting. A good home base for trips to San Francisco and the surrounding area in the "Sunshine State".
In downtown San Francisco, there are also a few campgrounds where you can park your RV during the day and explore on foot or with the legendary Cabel Cars, the trams.

Climate and weather in San Francisco

As befits the "Sunshine State", San Francisco has very few rainy days per year. Nevertheless, the humidity is very high, which also leads to the characteristic fog that covers the city on many days.
The geographical location directly on San Francisco Bay ensures that the climate is mild all year round. Daytime temperatures do not usually rise above 25 degrees, but they rarely drop below 15 degrees even in the winter months. The temperature of the Pacific Ocean ranges between 10 and 18 degrees throughout the year, and the water never gets colder.
June and October are considered the best months for a trip to San Francisco, but the mild climate makes the region very attractive all year round. So you can also escape the German winter and spend mild weeks and months in San Francisco with a RV.

The special location on the bay makes the traffic situation in San Francisco very interesting. The city has eight bridges that you can use with a RV to get in and out of the city.
It is important to know that there is a toll for some of the bridges. This is also the case for the Golden Gate Bridge - in any case, if you are travelling into the city. If you are driving out of San Francisco, the tolls are free. Some highways in the rest of California also have tolls. It is worth registering on the internet beforehand, as cash payment is not possible everywhere.

Get inspired to experience a great adventure in Thonon-les-Bains